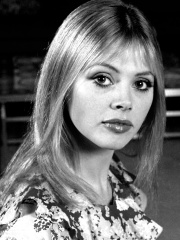 Britt Ekland (Swedish pronunciation: [ˈbrɪtː ˈěːkland] (listen); born Britt-Marie Eklund; 6 October 1942) is a Swedish actress and singer. She appeared in numerous films in her heyday throughout the 1960s and 1970s, including roles in William Friedkin's The Night They Raided Minsky's (1968), and the British crime film Get Carter (1971), which established her as a movie sex symbol. Read more on Wikipedia

Since 2007, the English Wikipedia page of Britt Ekland has received more than 2,676,040 page views. Her biography is available in 33 different languages on Wikipedia making her the 812th most popular actor.