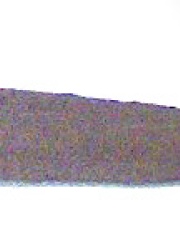 Anitta, son of Pithana, reigned ca. 1740-1725 BC (middle chronology), and was a king of Kussara, a city that has yet to be identified. Read more on Wikipedia

Since 2007, the English Wikipedia page of Anitta has received more than 135,947 page views. His biography is available in 31 different languages on Wikipedia. Anitta is the 3,857th most popular politician (up from 4,482nd in 2019), the 394th most popular biography from Turkey (up from 424th in 2019) and the 202nd most popular Turkish Politician.

Anitta is most famous for her song "Vai Malandra" which was released in 2017.

Page views of Anittas by language

Among politicians, Anitta ranks 3,857 out of 15,710. Before him are Giovanni il Popolano, Abu'l-Khayr Khan, Suleiman ibn Qutulmish, Raymond of Poitiers, Margot Honecker, and Ulrich von Jungingen. After him are Kim Tu-bong, Charles, Prince of Viana, Ma Ying-jeou, Chryses of Troy, Johan van Oldenbarnevelt, and Ne Win.