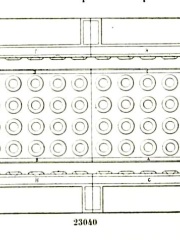 See Amenemhat, for other individuals with this name.Seankhibre Ameny Antef Amenemhet VI was an Egyptian pharaoh of the early Thirteenth Dynasty ruling in the first half of the 18th century BC during a time referred to as the late Middle Kingdom or early Second Intermediate Period, depending on the scholar. Amenemhat VI certainly enjoyed a short reign, estimated at 3 years or shorter. He is attested by a few contemporary artefacts and is listed on two different king lists. Read more on Wikipedia

Since 2007, the English Wikipedia page of Amenemhet VI has received more than 49,602 page views. His biography is available in 22 different languages on Wikipedia. Amenemhet VI is the 7,077th most popular politician (down from 6,250th in 2019).