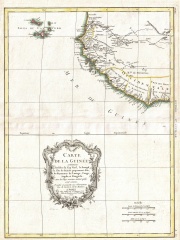 Alvise Cadamosto or Alvide da Ca' da Mosto (Portuguese pronunciation: [alˈvis kɐðaˈmoʃtu, alˈvizɨ -], also known in Portuguese as Luís Cadamosto; c. 1432 – July 18, 1488) was a Venetian explorer and slave trader, who was hired by the Portuguese prince Henry the Navigator and undertook two known journeys to West Africa in 1455 and 1456, accompanied by the Genoese captain Antoniotto Usodimare. Cadamosto and his companions are credited with the discovery of the Cape Verde Islands and the points along the Guinea coast, from the Gambia River to the Geba River (in Guinea-Bissau), the greatest leap in the Henrican discoveries since 1446. Read more on Wikipedia

Among people born in 1432, Alvise Cadamosto ranks 4. Before him are Mehmed the Conqueror, Pope Innocent VIII, and Afonso V of Portugal. After him are Isabel of Coimbra, Anne of Austria, Landgravine of Thuringia, Ahmad ibn Mājid, Bartolomeo Vivarini, Hōjō Sōun, and Luigi Pulci. Among people deceased in 1488, Alvise Cadamosto ranks 5. Before him are Andrea del Verrocchio, James III of Scotland, Clarice Orsini, and Francis II, Duke of Brittany. After him are Charles II, Duke of Bourbon, John II, Duke of Bourbon, and Girolamo Riario.