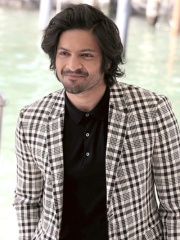 Ali Fazal (pronounced [əliː fəˈzaːl]; born 15 October 1986) is an Indian actor and model. He made his screen debut with a small role in the English language film The Other End of the Line before appearing in the American television miniseries Bollywood Hero.Fazal made his Bollywood debut with a special appearance in 3 Idiots (2009) and he next appeared in Always Kabhi Kabhi (2011). Read more on Wikipedia

Since 2007, the English Wikipedia page of Ali Fazal has received more than 3,441,519 page views. His biography is available in 18 different languages on Wikipedia making him the 8,491st most popular actor.