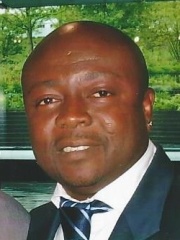 Abedi Ayew ( ə-BAY-dee ə-YOO; born 5 November 1964), known professionally as Abedi Pele, is a Ghanaian former professional footballer who played as an attacking midfielder and who served as captain of the Ghana national team. He is regarded as one of the greatest African footballers of all time. He played for several European clubs and found his fame in the French Ligue 1 with Lille and Marseille, the latter where he won the UEFA Champions League in 1993, among other titles. Read more on Wikipedia

Since 2007, the English Wikipedia page of Abedi Pele has received more than 1,104,738 page views. His biography is available in 38 different languages on Wikipedia (up from 37 in 2019). Abedi Pele is the 596th most popular soccer player (down from 461st in 2019), the 4th most popular biography from Ghana and the 2nd most popular Ghanaian Soccer Player.