This page contains a list of the greatest Singers. The pantheon dataset contains 3,528 Singers, 26 of which were born in Portugal. This makes Portugal the birth place of the 27th most number of Singers behind Austria and Australia. 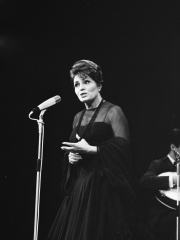 With an HPI of 67.58, Amália Rodrigues is the most famous Singer.  Her biography has been translated into 47 different languages on wikipedia. 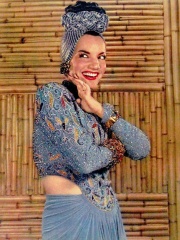 With an HPI of 63.92, Carmen Miranda is the 2nd most famous Singer.  Her biography has been translated into 52 different languages.

Carmen Miranda, (Portuguese pronunciation: [ˈkaɾmẽȷ̃ miˈɾɐ̃dɐ]; born Maria do Carmo Miranda da Cunha, 9 February 1909 – 5 August 1955) was a Portuguese-born Brazilian samba singer, dancer, Broadway actress and film star who was active from the late 1920s onwards. Nicknamed "The Brazilian Bombshell", Miranda was known for her signature fruit hat outfit that she wore in her American films. As a young woman, she designed hats in a boutique before making her first recordings with composer Josué de Barros in 1929. Miranda's 1930 recording of "Taí (Pra Você Gostar de Mim)", written by Joubert de Carvalho, catapulted her to stardom in Brazil as the foremost interpreter of samba. During the 1930s, Miranda performed on Brazilian radio and appeared in five Brazilian chanchadas, films celebrating Brazilian music, dance and the country's carnival culture. Hello, Hello Brazil! and Hello, Hello, Carnival! embodied the spirit of these early Miranda films. The 1939 musical Banana da Terra (directed by Ruy Costa) gave the world her "Baiana" image, inspired by Afro-Brazilians from the north-eastern state of Bahia.In 1939, Broadway producer Lee Shubert offered Miranda an eight-week contract to perform in The Streets of Paris after seeing her at Cassino da Urca in Rio de Janeiro. The following year she made her first Hollywood film, Down Argentine Way with Don Ameche and Betty Grable and her exotic clothing and Lusophone accent became her trademark. That year, she was voted the third-most-popular personality in the United States; she and her group, Bando da Lua, were invited to sing and dance for President Franklin D. Roosevelt. In 1943, Miranda starred in Busby Berkeley's The Gang's All Here, which featured musical numbers with the fruit hats that became her trademark. By 1945, she was the highest-paid woman in the United States.Miranda made fourteen Hollywood films between 1940 and 1953. Although she was hailed as a talented performer, her popularity waned by the end of World War II. Miranda came to resent the stereotypical "Brazilian Bombshell" image she had cultivated and attempted to free herself of it with limited success. She focused on nightclub appearances and became a fixture on television variety shows. Despite being stereotyped, Miranda's performances popularized Brazilian music and increased public awareness of Latin culture. In 1941, she was the first Latin American star to be invited to leave her hand and footprints in the courtyard of Grauman's Chinese Theatre and was the first South American honored with a star on the Hollywood Walk of Fame. Miranda is considered the precursor of Brazil's 1960s Tropicalismo cultural movement. A museum was built in Rio de Janeiro in her honor and she was the subject of the documentary Carmen Miranda: Bananas is My Business (1995). 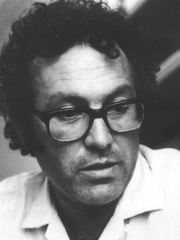 With an HPI of 55.15, Zeca Afonso is the 3rd most famous Singer.  His biography has been translated into 25 different languages.

José Manuel Cerqueira Afonso dos Santos (2 August 1929 – 23 February 1987), known professionally as José Afonso and also popularly known as Zeca Afonso or simply Zeca, was a Portuguese singer-songwriter. One of the most influential folk and protest musicians in the history of Portugal, he became an icon in Portugal due to the role of his music in the resistance against the dictatorial Estado Novo regime. Afonso's song "Grândola, Vila Morena" was used as a radio-broadcast signal by the Portuguese Armed Forces during their military coup operation in the morning of 25 April 1974, which led to the Carnation Revolution and the transition to democracy in Portugal. Subsequently, Afonso, who favored communism, and "Grândola, Vila Morena" became symbols of the revolution and anti-fascism, as well as of both the Portuguese labor movement and political left. 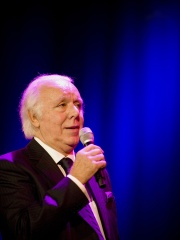 With an HPI of 54.01, Carlos do Carmo is the 4th most famous Singer.  His biography has been translated into 24 different languages.

Carlos Manuel de Ascenção do Carmo de Almeida ComIH (21 December 1939 – 1 January 2021), better known as Carlos do Carmo, was a Portuguese fado singer. The son of Lucília do Carmo, a well-known fadista, do Carmo began his career in fado following his father's death in 1962, when he returned from a period in Switzerland to help his mother run the family's fado house. He began singing himself shortly afterwards and, in 1963, he began his career as a recording artist. He continued working at the fado house for a number of years, while also expanding his recording career. He achieved national and international success in the 1970s, including performances at the Royal Opera House in London and the Paris Olympia. He represented Portugal at the 1976 Eurovision Song Contest with his song "Uma flor de verde pinho", finishing in 12th place. Carmo introduced new styles to fado, including the addition of orchestras, and the incorporation of other styles such as jazz into the traditional music. 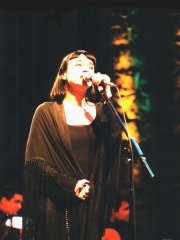 With an HPI of 48.95, Mísia is the 5th most famous Singer.  Her biography has been translated into 18 different languages.

Mísia (born Susana Maria Alfonso de Aguiar, in 1955 in Porto, Portugal) is a Portuguese fado singer. Mísia is a polyglot. Despite singing mostly fado, she has sung some of her songs in Spanish, French, Catalan, English, and even Japanese. 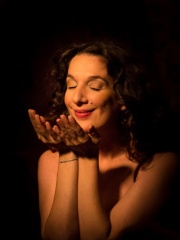 With an HPI of 48.24, Dulce Pontes is the 6th most famous Singer.  Her biography has been translated into 29 different languages.

Dulce José Silva Pontes (Portuguese: [ˈduls(ɨ) ʒuˈzɛ ˈsilvɐ ˈpõtɨʃ]; born 8 April 1969) is a Portuguese songwriter and singer who performs in many musical styles, including pop, folk, and classical music. She is usually defined as a world music artist. Her songs contributed to the 1990s revival of Portuguese urban folk music called fado. 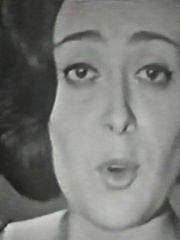 With an HPI of 47.75, Simone de Oliveira is the 7th most famous Singer.  Her biography has been translated into 19 different languages.

Simone de Macedo e Oliveira, GCIH • GMC (born 11 February 1938) better known as Simone de Oliveira is a Portuguese singer and actress. She performed the Portuguese entries at the 1965 and 1969 editions of the Eurovision song contest. 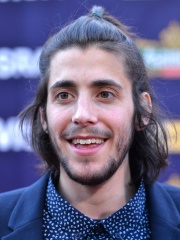 With an HPI of 47.10, Salvador Sobral is the 8th most famous Singer.  His biography has been translated into 60 different languages.

Salvador Thiam Vilar Braamcamp Sobral ComM (Portuguese pronunciation: [salvɐˈðoɾ viˈlaɾ βɾɐ̃ˈkɐ̃p suˈβɾal]; born 28 December 1989) is a Portuguese singer, who won the Eurovision Song Contest 2017 for Portugal with the song "Amar pelos dois," written and composed by his sister, Luísa Sobral. In doing so, he gave Portugal its first ever win in the contest since its debut in 1964, ending the longest winless run by a country in Eurovision history (53 years). Sobral and his entry hold the Eurovision record for the highest-scoring winner, having earned a total of 758 points under the current voting system, after winning both the jury vote and televote. 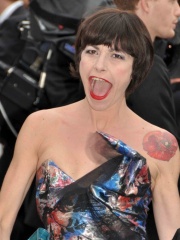 With an HPI of 44.47, Lio is the 9th most famous Singer.  Her biography has been translated into 17 different languages.

Vanda Maria Ribeiro Furtado Tavares de Vasconcelos (born 17 June 1962), known professionally as Lio, is a Portuguese-Belgian singer and actress who was a pop icon in France and Belgium during the 1980s. 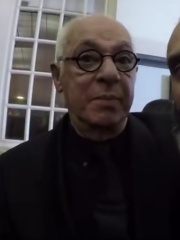 With an HPI of 44.46, Paulo de Carvalho is the 10th most famous Singer.  His biography has been translated into 16 different languages.

Pantheon has 27 people classified as singers born between 1909 and 1994. Of these 27, 23 (85.19%) of them are still alive today. The most famous living singers include Mísia, Dulce Pontes, and Simone de Oliveira. The most famous deceased singers include Amália Rodrigues, Carmen Miranda, and Zeca Afonso. As of April 2022, 1 new singers have been added to Pantheon including Leonor Andrade.

Which Singers were alive at the same time? This visualization shows the lifespans of the 4 most globally memorable Singers since 1700.