This page contains a list of the greatest Singers. The pantheon dataset contains 3,528 Singers, 18 of which were born in Argentina. This makes Argentina the birth place of the 38th most number of Singers behind Belarus and Greece. 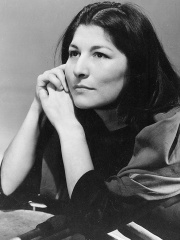 With an HPI of 65.21, Mercedes Sosa is the most famous Singer.  Her biography has been translated into 49 different languages on wikipedia.

Haydée Mercedes Sosa (American Spanish: [meɾˌsedes ˈsosa]; 9 July 1935 – 4 October 2009), sometimes known as La Negra (lit. 'The Black One', an affectionate nickname for people with a darker complexion in Argentina), was an Argentine singer who was popular throughout Latin America and many countries outside the region. With her roots in Argentine folk music, Sosa became one of the preeminent exponents of El nuevo cancionero. She gave voice to songs written by many Latin American songwriters. Her music made people hail her as the "voice of the voiceless ones".Sosa performed in venues such as the Lincoln Center in New York City, the Théâtre Mogador in Paris and the Sistine Chapel in Vatican City, as well as sell-out shows in New York's Carnegie Hall and the Roman Colosseum during her final decade of life. Her career spanned four decades and she was the recipient of six Latin Grammy awards (2000, 2003, 2004, 2006, 2009, 2011), including a Latin Grammy Lifetime Achievement Award in 2004 and two posthumous Latin Grammy Award for Best Folk Album in 2009 and 2011. She won the Premio Gardel in 2000, the main musical award in Argentina. She served as an ambassador for UNICEF. 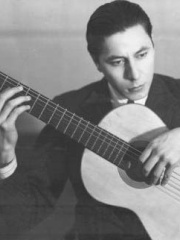 With an HPI of 57.00, Atahualpa Yupanqui is the 2nd most famous Singer.  His biography has been translated into 30 different languages. 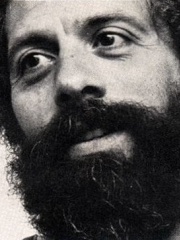 With an HPI of 55.12, Facundo Cabral is the 3rd most famous Singer.  His biography has been translated into 32 different languages.

Facundo Cabral (birth name Rodolfo Enrique Cabral Camiñas) (May 22, 1937 – July 9, 2011) was an Argentine singer, songwriter and philosopher. He was best known as the composer of "No soy de aquí ni soy de allá" ("I'm not from here nor there"), "Pobrecito mi Patron" ("My Poor Boss"), and many other compositions. His songs have been covered by multiple Spanish language performers such as Jorge Cafrune, Alberto Cortez, Juan Luis Guerra, and Joan Manuel Serrat. Cabral protested military dictatorships in Latin America through activism and art from the 1970s onward, and his music combined mysticism, philosophy and spirituality with calls for social justice and equality.After touring the world, Cabral enjoyed popularity in his home country during the early 1980s, when Argentine radio demanded local content after the Falklands War. He was popular throughout Latin America in his lifetime and still enjoys a sizeable posthumous legacy throughout the continent. For his advocacy for peace through his work, Facundo Cabral was named a UNESCO Messenger of Peace in 1996. 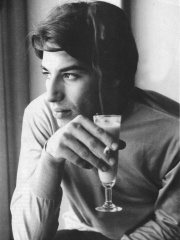 With an HPI of 49.57, Sandro de América is the 4th most famous Singer.  Her biography has been translated into 23 different languages.

Roberto Sánchez-Ocampo (August 19, 1945 – January 4, 2010), better known by his stage names Sandro or Sandro de América, was an Argentine singer and actor. He is considered a pioneer of Argentine rock for being one of the first rock artists to sing in Spanish in Latin America. He edited 52 official records and sold eight million copies although other sources state that he sold over 22 million. Some of his most successful songs are "Dame fuego", "Rosa, Rosa", "Quiero llenarme de ti", "Penumbras", "Porque yo te amo", "Así", "Mi amigo el Puma", "Tengo", "Trigal", and "Una muchacha y una guitarra". The single "Rosa, Rosa" sold two million copies, being his most recognizable and famous song. Another of his hits, "Tengo" was given 15th place among the 100 best Argentine rock songs by both MTV and Rolling Stone magazine. In Latin America he was often compared to Elvis Presley at the height of his popularity. Sandro was also the first Latin American artist to sing at the Felt Forum at Madison Square Garden. In 2005, Sandro was awarded a Latin Grammy honoring his career. 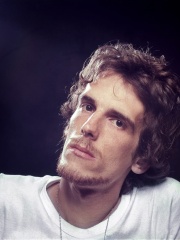 With an HPI of 49.03, Luis Alberto Spinetta is the 5th most famous Singer.  His biography has been translated into 21 different languages.

Luis Alberto Spinetta (23 January 1950 – 8 February 2012), nicknamed "El Flaco" (Spanish for "skinny"), was an Argentine singer, guitarist, composer and poet. One of the most influential rock musicians of Argentina, he is regarded as one of the founders of Argentine rock, considered the first incarnation of Spanish-language rock. Born in Buenos Aires in the residential neighbourhood of Belgrano, he was the founder of iconic rock bands including Almendra, Pescado Rabioso, Invisible, Spinetta Jade, and Spinetta y Los Socios del Desierto. In Argentina January 23rd is celebrated as "Día Nacional del Músico" (National Musician's Day) in honor of Spinetta's birthSpinetta devoted himself fully to his own music. In his lyrics, there are influences of multiple writers, poets and artists like Arthur Rimbaud, Vincent van Gogh, Carl Jung, Sigmund Freud, Friedrich Nietzsche, Michel Foucault, Gilles Deleuze, Carlos Castaneda and Antonin Artaud, who has his name in the album Artaud.In December 2011 he announced that he had been diagnosed with lung cancer. He died on 8 February 2012 at the age of 62. His ashes were scattered in Buenos Aires in the waters of the Río de la Plata, according to his last wish. 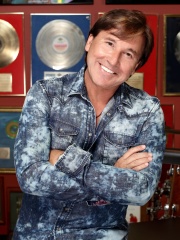 With an HPI of 46.86, Ricardo Montaner is the 6th most famous Singer.  His biography has been translated into 16 different languages.

Héctor Eduardo Reglero Montaner (born September 8, 1957), better known as Ricardo Montaner (Spanish pronunciation: [riˈkaɾðo montaˈneɾ]), is an Argentine-born Venezuelan singer and songwriter. Since starting his career in the late 1970s, he has released more than 24 albums, and many successful singles. He has sold an estimated 100 million records worldwide, making him one of the best-selling Latin music artists. 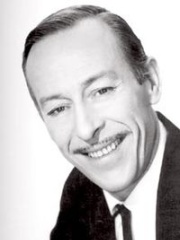 With an HPI of 46.11, Roberto Goyeneche is the 7th most famous Singer.  His biography has been translated into 17 different languages.

Roberto Goyeneche (January 29, 1926 in Saavedra, Autonomous City of Buenos Aires – August 27, 1994 in Buenos Aires) was an Argentine tango singer of Basque descent, who epitomized the archetype of 1950s Buenos Aires' bohemian life, and became a living legend in the local music scene.He was known as El Polaco ("the Pole") due to his blond hair, and thinness, like the Polish immigrants of the time. He is identified with the neighborhood of Saavedra, where he grew up. 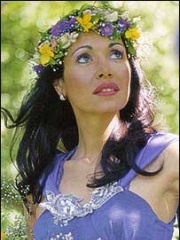 With an HPI of 44.41, Gilda is the 8th most famous Singer.  Her biography has been translated into 24 different languages. 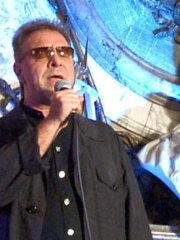 With an HPI of 43.13, León Gieco is the 9th most famous Singer.  His biography has been translated into 17 different languages.

Raúl Alberto Antonio Gieco, better known as León Gieco (born on November 20, 1951 in Cañada Rosquín, Argentina) is an Argentine folk rock performer, composer and interpreter. He is known for mixing popular folkloric genres with Argentinian rock and roll, and lyrics with social and political connotations. This has led to him being called "The Argentine Bob Dylan". 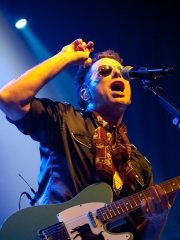 With an HPI of 42.05, Andrés Calamaro is the 10th most famous Singer.  His biography has been translated into 18 different languages.

Andrés Calamaro (Andrés Calamari Cote, August 22, 1961) is an Argentine musician, composer and Latin Grammy winner. He is considered one of the greatest and most influential rock artists in Spanish. He is also one of the most complete artists for his wide range of musical styles, including funk, reggae, ballads, boleros, tangos, jazz. His former band Los Rodríguez was a major success in Spain and throughout Latin America mainly during the 1990s. He is multi-instrumentalist and became one of the main icons of Argentine rock, selling over 1.3 million records to date.

Pantheon has 20 people classified as singers born between 1908 and 2000. Of these 20, 13 (65.00%) of them are still alive today. The most famous living singers include Ricardo Montaner, León Gieco, and Andrés Calamaro. The most famous deceased singers include Mercedes Sosa, Atahualpa Yupanqui, and Facundo Cabral. As of April 2022, 2 new singers have been added to Pantheon including Nathy Peluso and Wos.

Which Singers were alive at the same time? This visualization shows the lifespans of the 7 most globally memorable Singers since 1700.