This page contains a list of the greatest Politicians. The pantheon dataset contains 15,577 Politicians, 18 of which were born in Costa Rica. This makes Costa Rica the birth place of the 99th most number of Politicians behind Myanmar (Burma) and Mali. 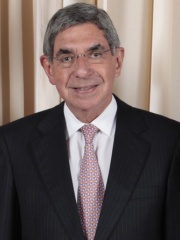 With an HPI of 63.05, Óscar Arias is the most famous Politician.  His biography has been translated into 66 different languages on wikipedia.

Óscar Arias Sánchez (Spanish pronunciation: [ˈoskaɾ ˈaɾjas]; born 13 September 1940 in Heredia, Costa Rica) is a Costa Rican activist and Nobel Peace Prize laureate. He was President of Costa Rica from 1986 to 1990 and from 2006 to 2010. He received the Nobel Peace Prize in 1987 for his efforts to end the Central American crisis. He was also a recipient of the Albert Schweitzer Prize for Humanitarianism and a trustee of Economists for Peace and Security. In 2003, he was elected to the board of directors of the International Criminal Court's Trust Fund for Victims. 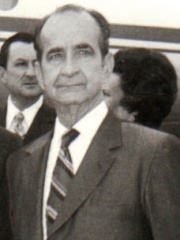 With an HPI of 56.16, José Figueres Ferrer is the 2nd most famous Politician.  His biography has been translated into 34 different languages.

José María Hipólito Figueres Ferrer (25 September 1906 – 8 June 1990) served as President of Costa Rica on three occasions: 1948–1949, 1953–1958 and 1970–1974. During his first term in office he abolished the country's army, nationalized its banking sector, and granted women and Afro-Costa Ricans the right to vote, as well as access to Costa Rican nationality to people of African descent. He was a good friend of the Governor of Puerto Rico, Luis Muñoz Marín, praising his political achievements in one of his essays. His son José María Figueres was also President of Costa Rica from 1994 to 1998. 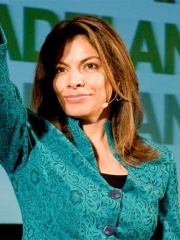 With an HPI of 53.70, Laura Chinchilla is the 3rd most famous Politician.  Her biography has been translated into 60 different languages.

Laura Chinchilla Miranda (Spanish: [ˈlawɾa tʃinˈtʃiɟa miˈɾanda]; born 28 March 1959) is a Costa Rican politician who was President of Costa Rica from 2010 to 2014. She was one of Óscar Arias Sánchez's two Vice-Presidents and his administration's Minister of Justice. She was the governing PLN candidate for president in the 2010 general election, where she won with 46.76% of the vote on 7 February. She was the eighth woman president of a Latin American country and the first woman to become President of Costa Rica. She was sworn in as President of Costa Rica on 8 May 2010.After leaving office, she taught at Georgetown University in 2016. Chinchilla is co-chair of the Inter-American Dialogue think tank and the vice-president of Club de Madrid. Chinchilla previously served as a Fellow at the Georgetown Institute of Politics and Public Service. 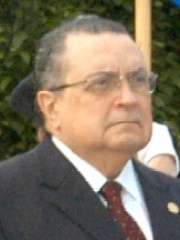 With an HPI of 50.18, Abel Pacheco is the 4th most famous Politician.  His biography has been translated into 32 different languages.

Abel Pacheco de la Espriella ( (listen) ə-BEL pə-CHAY-koh; born 22 December 1933 in San José) is a Costa Rican politician who was president of Costa Rica between 2002 and 2006, representing the Social Christian Unity Party (Partido Unidad Social Cristiana – PUSC). He ran on a platform to continue free market reforms and to institute an austerity program, and was elected, in a second electoral round, with 58% of the vote in April 2002. 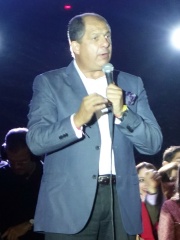 With an HPI of 49.31, Luis Guillermo Solís is the 5th most famous Politician.  His biography has been translated into 43 different languages.

Luis Guillermo Solís Rivera (Spanish pronunciation: [lwiz ɣiˈʝeɾmo soˈliz riˈβeɾa]; born 25 April 1958) is a Costa Rican politician and educator who was the 47th President of Costa Rica from 2014 to 2018. He is a member of the Citizens' Action Party (PAC). Solís led the field in the 2014 presidential election, and won the presidency in a landslide election, earning more votes than any presidential candidate in the history of the nation. Solís has a long academic and political career, culminating in his election as the first President of Costa Rica to be a member of the PAC. Since May 2017, Luis Guillermo Solis has been under fire after a report accused him of corruptly expediting the legal process of Chinese cement imports in favor of businessman and owner of Sinocem, Juan Carlos Bolaños, in a case known as Cementazo. In May 2018 the Public Prosecutor of Costa Rica dismissed the charges against him. 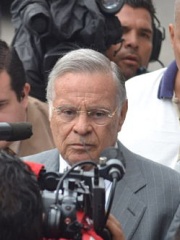 With an HPI of 48.85, Miguel Ángel Rodríguez is the 6th most famous Politician.  His biography has been translated into 23 different languages.

Miguel Ángel Rodríguez Echeverría (born 9 January 1940) is a Costa Rican economist, lawyer, businessman and politician who served as President of Costa Rica from 1998 to 2002. He was minister of planning from 1968 to 1970 and minister of the presidency in 1970 during the administration of Jose Joaquin Trejos Fernandez (1966 - 1970); member of the board of the Costa Rican Central Bank from 1966 to 1969; congressman from 1990 to 1993, serving as president of the Legislative Assembly during the 1991 to 1992 period; and was elected Secretary General of the Organization of American States (OAS) in 2004. He voluntarily stepped down from this post to return to his country to face allegations of financial wrongdoing during his presidential tenure in Costa Rica. On April 27 of 2011 he was sentenced to 5 years in prison, but this ruling was later reversed in a December 2012 decision by an appeals court, which found him innocent of all charges.Rodríguez came to the presidency as the candidate of the social Christian party (Partido Unidad Social Cristiana) with an agenda that included the opening of state-run monopolies in insurance and telecommunications, the rationalization of the public sector including increasing the role of the private sector in public infrastructure, trade liberalization, and the expansion and modernization of the social welfare system. The reforms of the insurance and telecom sectors generated massive protests and were subsequently abandoned, but were later implemented when Costa Rica became part of the DR-CAFTA (Dominican Republic-Central America Free Trade Agreement) in 2009. 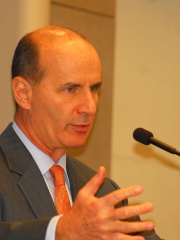 With an HPI of 48.14, José María Figueres is the 7th most famous Politician.  His biography has been translated into 22 different languages.

José María Figueres Olsen (born 24 December 1954 in San José, Costa Rica) is a Costa Rican businessman and politician, who served as President of Costa Rica from 1994 to 1998. He also ran for president in the 2022 presidential election but was defeated by Rodrigo Chaves. Figueres started his career as an engineer working in agribusiness. After a decade, he entered public service as Minister of Foreign Trade and then Minister of Agriculture. In 1994, he was elected President of Costa Rica, as the nation's youngest elected president of the 20th century (Alfredo Gonzalez Flores became president in 1914 at the age of 36, however he was not elected directly, as he was appointed by the National Assembly). He left the presidency of Costa Rica in 1998, since then he has been involved in global issues such as climate change, sustainable development, and technology. In 2000, Figueres joined the World Economic Forum in Switzerland. In 2004, he resigned over the undeclared receipt of more than 900,000 US dollars in consultancy fees from the French telecommunications firm Alcatel. Later, he worked with Concordia 21 in Madrid. Since 2010, he has been Chairman of the Carbon War Room, an independent non-profit organization focused on the global transition to a low-carbon economy. On 27 March 2012, Sir Richard Branson announced that he was appointed as the new President of the Carbon War Room. 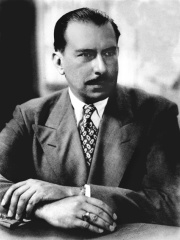 With an HPI of 48.09, Teodoro Picado Michalski is the 8th most famous Politician.  His biography has been translated into 16 different languages. 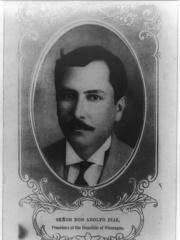 With an HPI of 47.31, Adolfo Díaz is the 9th most famous Politician.  His biography has been translated into 17 different languages.

Adolfo Díaz Recinos (15 July 1875 in Alajuela, Costa Rica – 29 January 1964 in San José, Costa Rica) served as the President of Nicaragua between 9 May 1911 and 1 January 1917 and again between 14 November 1926 and 1 January 1929. Born in Costa Rica to Nicaraguan parents in 1875, he worked as a secretary for the La Luz y Los Angeles Mining Company, an American company chartered in Delaware that owned the large gold mines around Siuna in eastern Nicaragua. In this capacity, he helped channel funds to the revolt against Liberal President José Santos Zelaya, who had incurred the anger of the United States by negotiating with Germany and Japan to resurrect the proposed Nicaragua Canal. Díaz became Vice President of Nicaragua in 1910. After he became president in 1911, Díaz was forced to rely on U.S. Marines to put down a Liberal revolt, which resulted in a contingent of Marines remaining in Nicaragua for over a decade. In return, in 1914, he signed the Bryan–Chamorro Treaty, which granted the United States exclusive rights to build an inter-oceanic canal across Nicaragua. After his term as president ended, Díaz briefly lived in the United States. However, he returned to the presidency in 1926, after a coup by General Emiliano Chamorro (following the withdrawal of the Marines) failed to win U.S. support. During his second term as president, another Liberal revolt occurred. The Liberal forces were on the verge of seizing Managua when the U.S. forced the warring parties to accept a power-sharing agreement, the Espino Negro accord. One Liberal commander, Augusto Sandino, rejected the agreement and waged a guerrilla war against the U.S. Marines, who remained in the country to prop up Díaz's government and enforce the Espino Negro accord. In 1928, after elections supervised by the Marines, Díaz was replaced as president by former Liberal General José Maria Moncada. Afterwards, he acquired control of several of Nicaragua's gold mines, which had been destroyed during raids by Sandino's forces. He unsuccessfully tried to restore mining operations for the La Luz Company, until they sold their holdings to the Nevada-based Tonopah Mining Company. In 1936, after Anastasio Somoza García seized power, Díaz took up permanent residency in the United States. He lived in the U.S. for more than a decade, primarily in New York City but also in Miami and New Orleans, before moving to Costa Rica, where he died in 1964. 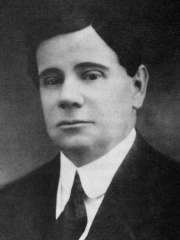 With an HPI of 47.25, Federico Tinoco Granados is the 10th most famous Politician.  His biography has been translated into 16 different languages.

Pantheon has 22 people classified as politicians born between 1784 and 1980. Of these 22, 7 (31.82%) of them are still alive today. The most famous living politicians include Óscar Arias, Laura Chinchilla, and Abel Pacheco. The most famous deceased politicians include José Figueres Ferrer, Teodoro Picado Michalski, and Adolfo Díaz. As of April 2022, 4 new politicians have been added to Pantheon including Teodoro Picado Michalski, Rafael Ángel Calderón Guardia, and Juan Rafael Mora Porras.

Which Politicians were alive at the same time? This visualization shows the lifespans of the 15 most globally memorable Politicians since 1700.