This page contains a list of the greatest Australian Film Directors. The pantheon dataset contains 1,580 Film Directors, 20 of which were born in Australia. This makes Australia the birth place of the 15th most number of Film Directors behind Hungary and Denmark. 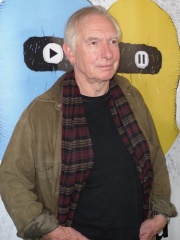 With an HPI of 69.97, Peter Weir is the most famous Australian Film Director.  His biography has been translated into 40 different languages on wikipedia.

Peter Lindsay Weir, AM ( WEER; born 21 August 1944) is an Australian film director. He was a leading figure in the Australian New Wave cinema movement (1970–1990), with films such as the mystery drama Picnic at Hanging Rock (1975), the supernatural thriller The Last Wave (1977) and the historical drama Gallipoli (1981). The climax of Weir's early career was the $6 million multi-national production The Year of Living Dangerously (1982). After the success of The Year of Living Dangerously, Weir directed a diverse group of American and international films covering most genres—many of them major box office hits—including Academy Award-nominated films such as the thriller Witness (1985), the drama Dead Poets Society (1989), the romantic comedy Green Card (1990), the social science fiction comedy-drama The Truman Show (1998) and the epic historical drama Master and Commander: The Far Side of the World (2003). For his work on these five films, Weir personally accrued six Academy Award nominations as either a director, writer or producer. Since 2003, Weir's productivity has declined, having directed only one subsequent feature, the well received box-office flop The Way Back (2010). 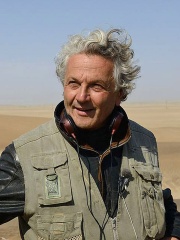 With an HPI of 67.24, George Miller is the 2nd most famous Australian Film Director.  His biography has been translated into 39 different languages.

George Miller (born 3 March 1945) is an Australian film director, producer, screenwriter, and physician. He is best known for his Mad Max franchise, whose second installment, Mad Max 2, and fourth, Fury Road, have been hailed as two of the greatest action films of all time, with Fury Road winning six Academy Awards. Miller is very diverse in genre and style as he also directed the biographical medical drama Lorenzo's Oil, the dark fantasy The Witches of Eastwick, the Academy Award-winning animated film Happy Feet, produced the family-friendly fantasy adventure Babe and directed the sequel Babe: Pig in the City. Miller is a co-founder of the production houses Kennedy Miller Mitchell, formerly known as Kennedy Miller, and Dr. D Studios. His younger brother Bill Miller and Doug Mitchell have been producers on almost all the films in Miller's later career, since the death of his original producing partner Byron Kennedy. In 2006, Miller won the Academy Award for Best Animated Feature for Happy Feet (2006). He has been nominated for five other Academy Awards: Best Original Screenplay in 1992 for Lorenzo's Oil, Best Picture and Best Adapted Screenplay in 1995 for Babe, and Best Picture and Best Director for Fury Road in 2015. 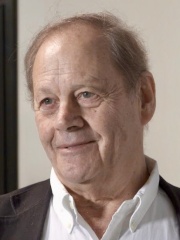 With an HPI of 62.29, Bruce Beresford is the 3rd most famous Australian Film Director.  His biography has been translated into 28 different languages.

Bruce Beresford (; born 16 August 1940) is an Australian film director who has made more than 30 feature films over a 50-year career. Notable films he has directed include Breaker Morant (1980), Tender Mercies (1983), Crimes of the Heart (1986) and the multiple Academy Award winning Driving Miss Daisy (1989). 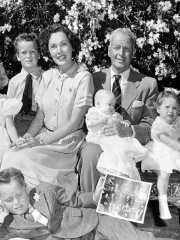 With an HPI of 61.91, John Farrow is the 4th most famous Australian Film Director.  His biography has been translated into 28 different languages.

John Villiers Farrow, KGCHS (10 February 1904 – 27 January 1963) was an Australian film director, producer and screenwriter. Spending a considerable amount of his career in the United States, in 1942 he was nominated for the Academy Award for Best Director for Wake Island, and in 1957 he won the Academy Award for Best Adapted Screenplay for Around the World in Eighty Days. He had seven children by his wife, actress Maureen O'Sullivan, including actress Mia Farrow.

With an HPI of 61.75, Roger Donaldson is the 5th most famous Australian Film Director.  His biography has been translated into 20 different languages.

Roger Lindsey Donaldson (born 15 November 1945) is an Australian-born New Zealand film director, producer and writer whose films include the 1981 relationship drama Smash Palace, and a run of titles shot in the United States, including the Kevin Costner films No Way Out (1987) and Thirteen Days (2000), and the 1997 disaster film Dante's Peak. He has worked twice each with actors Kevin Costner, Pierce Brosnan, Anthony Hopkins and Michael Madsen. 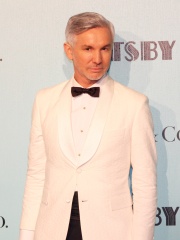 With an HPI of 61.65, Baz Luhrmann is the 6th most famous Australian Film Director.  His biography has been translated into 38 different languages.

Bazmark "Baz" Luhrmann (born Mark Anthony Luhrmann, 17 September 1962) is an Australian director, writer, and producer with projects spanning film, television, opera, theatre, music, and recording industries. He is regarded by many as a contemporary example of an auteur for his style and deep involvement in the writing, directing, design, and musical components of all his work. He is the most commercially successful Australian director, with four of his films in the top ten highest worldwide grossing Australian films of all time.On the screen he is best known for his "Red Curtain Trilogy", consisting of his romantic comedy film Strictly Ballroom (1992), the romantic tragedies William Shakespeare's Romeo + Juliet (1996), and Moulin Rouge! (2001). Following the trilogy, projects included Australia (2008), The Great Gatsby (2013), and his television period drama The Get Down for Netflix. Additional projects include stage productions of Giacomo Puccini's La bohème for both the Australian Opera and Broadway and Strictly Ballroom the Musical. Luhrmann is equally known for his Grammy-nominated soundtracks for Moulin Rouge! and The Great Gatsby, as well as his record label House of Iona, a co-venture with RCA Records. Serving as producer on all of his musical soundtracks, he also holds writing credits on many of the individual tracks. His album Something For Everybody features music from many of his films and also includes his hit "Everybody's Free (To Wear Sunscreen)". Luhrmann's influence has extended outside the traditional realm of media and entertainment. Deeply involved in the fashion and art worlds, Luhrmann's No. 5 the Film for Chanel not only holds a Guinness World Record for the highest budget for an advertising commercial ever produced, but pioneered the now commonplace genre of fashion film and branded content. Luhrmann works closely with the Metropolitan Museum of Art's Anna Wintour Costume Center, having chaired the annual Met Gala as well as producing a short film for the museum, celebrating Miuccia Prada and Elsa Schiaparelli. More recently he and his wife Catherine Martin have adapted their style for projects in events, retail, architecture and design with Barneys New York and developer and hotelier Alan Faena. 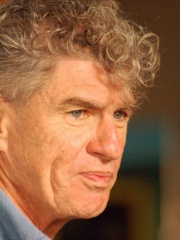 With an HPI of 61.33, Christopher Doyle is the 7th most famous Australian Film Director.  His biography has been translated into 26 different languages.

Christopher Doyle, also known as Dù Kěfēng (Mandarin) or Dou Ho-Fung (Cantonese) (traditional Chinese: 杜可風; simplified Chinese: 杜可风) (born 2 May 1952) is an Australian-Hong Kong cinematographer. He has worked on over fifty Chinese-language films, being best known for his collaborations with Wong Kar-Wai in Chungking Express, Happy Together, In the Mood for Love and 2046. Doyle is also known for other films such as Temptress Moon, Hero, Dumplings, and Psycho. He has won awards at the Cannes Film Festival and Venice Film Festival, as well as the AFI Award for cinematography, the Golden Horse award (four times), and the Hong Kong Film Award (six times). 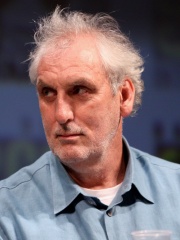 With an HPI of 60.77, Phillip Noyce is the 8th most famous Australian Film Director.  His biography has been translated into 22 different languages.

Phillip Noyce (born 29 April 1950) is an Australian director, producer, and screenwriter of film and television. Since 1977, he has directed over 19 feature films in various genres, including historical drama (Newsfront, Rabbit-Proof Fence, The Quiet American), thrillers (Dead Calm, Sliver, The Bone Collector), and action films (Blind Fury, The Saint, Salt). He has also directed the Jack Ryan adaptations Patriot Games (1992) and Clear and Present Danger (1994) and the 2014 adaptation of Lois Lowry's The Giver. He has worked with such actors as Val Kilmer, Harrison Ford, Denzel Washington, Michael Caine, Angelina Jolie, Nicole Kidman, Meryl Streep, and Rutger Hauer. He has also directed, written, and executive-produced television programmes in both Australia and North America, including The Cowra Breakout, Vietnam, Revenge, Roots, and most-recently Netflix's What/If. Noyce's work has won him several accolades, including AACTA Awards for Best Film, Best Director, and a special Longford Lyell lifetime achievement award. 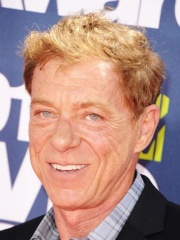 With an HPI of 60.61, Russell Mulcahy is the 9th most famous Australian Film Director.  His biography has been translated into 24 different languages.

Russell Mulcahy (born 23 June 1953) is an Australian film director. Mulcahy's work is recognisable by the use of fast cuts, tracking shots and use of glowing lights, neo-noir lighting, windblown drapery, and fans. He directed music videos in the 1980s, worked in television since the early 1990s and directed the films Razorback (1984), Highlander (1986) and Resident Evil: Extinction (2007).

With an HPI of 59.68, John Seale is the 10th most famous Australian Film Director.  His biography has been translated into 22 different languages.

John Clement Seale ACS ASC (born 5 October 1942) is an Australian cinematographer. He won an Oscar for his work in the 1996 film The English Patient, in addition to a BAFTA and Satellite Award. He is a member of both the Australian Cinematographers Society (ACS) and the American Society of Cinematographers (ASC).