This page contains a list of the greatest Russian Engineers. The pantheon dataset contains 325 Engineers, 35 of which were born in Russia. This makes Russia the birth place of the 5th most number of Engineers behind United States and Germany.

The following people are considered by Pantheon to be the top 10 most legendary Russian Engineers of all time. This list of famous Russian Engineers is sorted by HPI (Historical Popularity Index), a metric that aggregates information on a biography’s online popularity. Visit the rankings page to view the entire list of Russian Engineers. 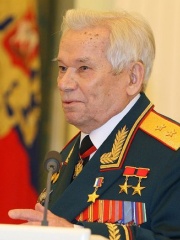 With an HPI of 79.92, Mikhail Kalashnikov is the most famous Russian Engineer.  His biography has been translated into 78 different languages on wikipedia.

Mikhail Timofeyevich Kalashnikov (Russian: Михаи́л Тимофе́евич Кала́шников, IPA: [kɐˈlaʂnʲɪkəf]; 10 November 1919 – 23 December 2013) was a Soviet and Russian lieutenant general, inventor, military engineer, writer, and small arms designer. He is most famous for developing the AK-47 assault rifle and its improvements, the AKM and AK-74, as well as the PK machine gun and RPK light machine gun.Kalashnikov was, according to himself, a self-taught tinkerer who combined innate mechanical skills with the study of weaponry to design arms that achieved battlefield ubiquity. Even though Kalashnikov felt sorrow at the weapons' uncontrolled distribution, he took pride in his inventions and in their reputation for reliability, emphasizing that his rifle is "a weapon of defense" and "not a weapon for offense". 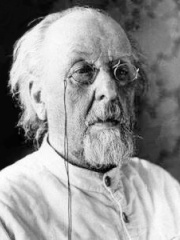 With an HPI of 77.36, Konstantin Tsiolkovsky is the 2nd most famous Russian Engineer.  His biography has been translated into 69 different languages.

Konstantin Eduardovich Tsiolkovsky (Russian: Константи́н Эдуа́рдович Циолко́вский; 17 September [O.S. 5 September] 1857 – 19 September 1935) was a Russian and Soviet rocket scientist who pioneered astronautic theory. Along with the Frenchman Robert Esnault-Pelterie, the Germans Hermann Oberth, Fritz von Opel and the American Robert H. Goddard, he is one of the founding fathers of modern rocketry and astronautics. His works later inspired leading Soviet rocket-engineers Sergei Korolev and Valentin Glushko, who contributed to the success of the Soviet space program. Tsiolkovsky spent most of his life in a log house on the outskirts of Kaluga, about 200 km (120 mi) southwest of Moscow. A recluse by nature, his unusual habits made him seem bizarre to his fellow townsfolk. 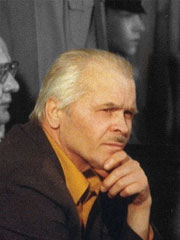 With an HPI of 76.01, Anatoly Dyatlov is the 3rd most famous Russian Engineer.  Her biography has been translated into 25 different languages.

Anatoly Stepanovich Dyatlov (Russian: Анатолий Степанович Дятлов, Ukrainian: Анатолій Степанович Дятлов; 3 March 1931 – 13 December 1995) was a Soviet engineer who was a deputy chief engineer for the Chernobyl Nuclear Power Plant. He supervised the safety test which resulted in the 1986 Chernobyl disaster, for which he served time in prison as he was blamed for not following the safety protocols. He was released as part of a general amnesty in 1990. Later investigations found that reactor design flaws were a more significant factor than operator error, although some safety procedures were not followed. 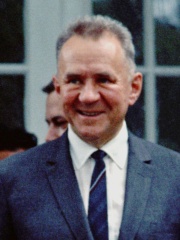 With an HPI of 74.76, Alexei Kosygin is the 4th most famous Russian Engineer.  His biography has been translated into 54 different languages.

Alexei Nikolayevich Kosygin (Russian: Алексе́й Никола́евич Косы́гин, IPA: [ɐlʲɪkˈsʲej nʲɪkɐˈla(j)ɪvʲɪtɕ kɐˈsɨɡʲɪn]; 21 February [O.S. 8 February] 1904 – 18 December 1980) was a Soviet statesman during the Cold War. He served as the Premier of the Soviet Union from 1964 to 1980 and was one of the most influential Soviet policymakers in the mid-1960s along with General Secretary Leonid Brezhnev. Kosygin was born in the city of Saint Petersburg in 1904 to a Russian working-class family. He was conscripted into the labour army during the Russian Civil War, and after the Red Army's demobilization in 1921, he worked in Siberia as an industrial manager. Kosygin returned to Leningrad in the early 1930s and worked his way up the Soviet hierarchy. During the Great Patriotic War (World War II), Kosygin was a member of the State Defence Committee and was tasked with moving Soviet industry out of territories soon to be overrun by the German Army. He served as Minister of Finance for a year before becoming Minister of Light Industry (later, Minister of Light Industry and Food). Stalin removed Kosygin from the Politburo one year before his own death in 1953, intentionally weakening Kosygin's position within the Soviet hierarchy. Stalin died in 1953, and on 20 March 1959, Kosygin was appointed to the position of chairman of the State Planning Committee (Gosplan), a post he would hold for little more than a year. Kosygin next became First Deputy chairman of the Council of Ministers. When Nikita Khrushchev was removed from power in 1964, Kosygin and Leonid Brezhnev succeeded him as Premier and First Secretary, respectively. Thereafter, Kosygin formed a troika alongside Brezhnev and Nikolai Podgorny, the Chairman of the Presidium of the Supreme Soviet, that governed the Soviet Union in Khrushchev's place. During the early years of the post-Khrushchev troika, Kosygin initially emerged as the most influential figure in Soviet policymaking. In addition to managing the Soviet Union's economy, he assumed a preeminent role in its foreign policy by leading arms control talks with the US and overseeing relations with other communist countries. However, the onset of the Prague Spring in 1968 sparked a severe backlash against his policies, enabling Brezhnev to eclipse him as the dominant force in the Politburo. While he and Brezhnev disliked one another, he remained in office until being forced to retire on 23 October 1980, due to bad health. He died two months later on 18 December 1980. 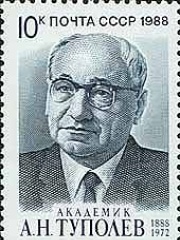 With an HPI of 73.14, Andrei Tupolev is the 5th most famous Russian Engineer.  His biography has been translated into 48 different languages.

Andrei Nikolayevich Tupolev (Russian: Андрей Николаевич Туполев; 10 November [O.S. 29 October] 1888 – 23 December 1972) was a Soviet aeronautical engineer known for his pioneering aircraft designs as Director of the Tupolev Design Bureau. Tupolev was an early pioneer of aeronautics in Russia and served as a protégé of Nikolay Zhukovsky. Tupolev designed or oversaw the design of more than 100 types of civilian and military aircraft in the Soviet Union over 50 years, some of which set 78 world records. Tupolev produced many notable designs such as the Tu-2, Tu-16, Tu-95, and Tu-104, and the reverse engineered Tu-4. Tupolev was highly honoured in the Soviet Union and awarded various titles and honours including the Hero of Socialist Labor three times, Order of Lenin eight times, Order of the Red Banner of Labour two times, made an academician of the Russian Academy of Sciences in 1953, and a Colonel-General of the Soviet Air Force in 1968. Tupolev was also honoured outside the Soviet Union as an honorary member of the British Royal Aeronautical Society and the American Institute of Aeronautics and Astronautics in recognition of his work. In 2018, Vnukovo International Airport was formally renamed to Vnukovo Andrei Tupolev International Airport in his honour. 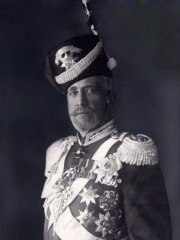 With an HPI of 71.35, Grand Duke Nicholas Nikolaevich of Russia is the 6th most famous Russian Engineer.  His biography has been translated into 31 different languages.

Grand Duke Nicholas Nikolaevich of Russia (Russian: Николай Николаевич Романов (младший – the younger); 18 November 1856 – 5 January 1929) was a Russian general in World War I (1914–1918). The son of Grand Duke Nicholas Nikolaevich of Russia (1831–1891), and a grandson of Emperor Nicholas I of Russia, he was commander in chief of the Imperial Russian Army units on the main front in the first year of the war, during the reign of his first cousin once removed, Nicholas II. Although held in high regard by Paul von Hindenburg, he struggled with the colossal task of leading Russia's war effort against Germany, including strategy, tactics, logistics and coordination with the government. After the Gorlice–Tarnów offensive in 1915, Tsar Nicholas replaced the Grand Duke as commander-in-chief of the army. He later was a successful commander-in-chief in the Caucasus region. He was briefly recognized as the Emperor in 1922 in areas controlled by the White Armies movement in the Russian Far East. 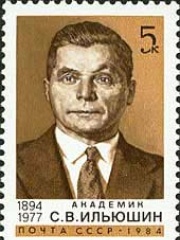 With an HPI of 70.11, Sergey Ilyushin is the 7th most famous Russian Engineer.  His biography has been translated into 41 different languages.

Sergey Vladimirovich Ilyushin (Russian: Серге́й Владимирович Илью́шин; 30 March [O.S. 18 March] 1894 – 9 February 1977) was a Soviet aircraft designer who founded the Ilyushin aircraft design bureau. He designed the Il-2 Shturmovik, which made its maiden flight in 1939. It is the most produced warplane, and remains the second most-produced aircraft in history, with some 36,000+ built, behind the US Cessna 172. 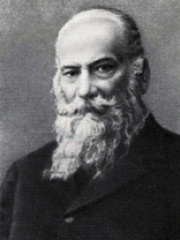 With an HPI of 69.09, Nikolay Zhukovsky is the 8th most famous Russian Engineer.  His biography has been translated into 38 different languages.

Nikolay Yegorovich Zhukovsky (Russian: Никола́й Его́рович Жуко́вский, IPA: [ʐʊˈkofskʲɪj]; January 17 [O.S. January 5] 1847 – March 17, 1921) was a Russian scientist, mathematician and engineer, and a founding father of modern aero- and hydrodynamics. Whereas contemporary scientists scoffed at the idea of human flight, Zhukovsky was the first to undertake the study of airflow. He is often called the Father of Russian Aviation. The Joukowsky transform is named after him, while the fundamental aerodynamical theorem, the Kutta–Joukowski theorem, is named after both him and German mathematician Martin Kutta. 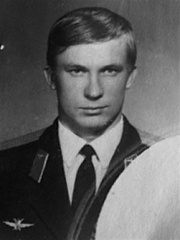 With an HPI of 67.81, Viktor Belenko is the 9th most famous Russian Engineer.  His biography has been translated into 23 different languages.

Viktor Ivanovich Belenko (Russian: Виктор Иванович Беленко, born 15 February 1947) is a Russian-born American aerospace engineer and former Soviet pilot who defected to the West while flying his MiG-25 jet interceptor (NATO reporting name: "Foxbat") and landed in Hakodate, Japan. George H. W. Bush, the Director of Central Intelligence at the time, called the opportunity to examine the plane up close an "intelligence bonanza" for the West. Belenko later became a U.S. aerospace engineer. 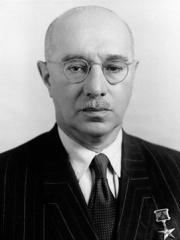 With an HPI of 67.55, Mikhail Gurevich is the 10th most famous Russian Engineer.  His biography has been translated into 32 different languages.

Mikhail Iosifovich Gurevich (Russian: Михаи́л Ио́сифович Гуре́вич) (12 January 1893 [O.S. 31 December 1892] – 12 November 1976) was a Soviet aircraft designer who co-founded the Mikoyan-Gurevich military aviation bureau along with Artem Mikoyan. The bureau is famous for its fighter aircraft, rapid interceptors and multi-role combat aircraft which were staples of the Soviet Air Forces throughout the Cold War. The bureau designed 170 projects of which 94 were made in series. In total, 45,000 MiG aircraft have been manufactured domestically, of which 11,000 aircraft were exported. The last plane which Gurevich personally worked on before his retirement was the MiG-25.

Pantheon has 35 people classified as engineers born between 1797 and 1953. Of these 35, 2 (5.71%) of them are still alive today. The most famous living engineers include Viktor Belenko and Viktor Kozin. The most famous deceased engineers include Mikhail Kalashnikov, Konstantin Tsiolkovsky, and Anatoly Dyatlov. As of October 2020, 4 new engineers have been added to Pantheon including Alexey Sudayev, Alexander Kemurdzhian, and Yuri Artsutanov.

Which Engineers were alive at the same time? This visualization shows the lifespans of the 25 most globally memorable Engineers since 1700.