This page contains a list of the greatest French Engineers. The pantheon dataset contains 323 Engineers, 57 of which were born in France. This makes France the birth place of the most number of Engineers.

The following people are considered by Pantheon to be the top 10 most legendary French Engineers of all time. This list of famous French Engineers is sorted by HPI (Historical Popularity Index), a metric that aggregates information on a biography’s online popularity. Visit the rankings page to view the entire list of French Engineers. 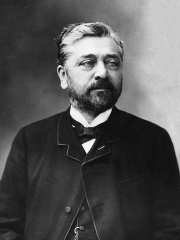 With an HPI of 78.75, Gustave Eiffel is the most famous French Engineer.  His biography has been translated into 90 different languages on wikipedia.

Alexandre Gustave Eiffel (né Bonickhausen dit Eiffel; ; French pronunciation: ​[ɛfɛl]; 15 December 1832 – 27 December 1923) was a French civil engineer. A graduate of École Centrale des Arts et Manufactures, he made his name with various bridges for the French railway network, most famously the Garabit Viaduct. He is best known for the world-famous Eiffel Tower, designed by his company and built for the 1889 Universal Exposition in Paris, and his contribution to building the Statue of Liberty in New York. After his retirement from engineering, Eiffel focused on research into meteorology and aerodynamics, making significant contributions in both fields. 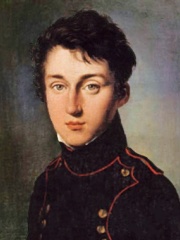 With an HPI of 72.62, Nicolas Léonard Sadi Carnot is the 2nd most famous French Engineer.  His biography has been translated into 66 different languages.

Sous-lieutenant Nicolas Léonard Sadi Carnot (French: [kaʁno]; 1 June 1796 – 24 August 1832) was a French mechanical engineer in the French Army, military scientist and physicist, and often described as the "father of thermodynamics". He published only one book, the Reflections on the Motive Power of Fire (Paris, 1824), in which he expressed the first successful theory of the maximum efficiency of heat engines and laid the foundations of the new discipline: thermodynamics. Carnot's work attracted little attention during his lifetime, but it was later used by Rudolf Clausius and Lord Kelvin to formalize the second law of thermodynamics and define the concept of entropy. Based on purely technical concerns, such as improving the performance of the steam engine, Sadi Carnot's intellect laid the groundwork for modern science technological designs, such as the automobile or jet engine.His father Lazare Carnot was an eminent mathematician, military engineer, and leader of the French Revolutionary Army. 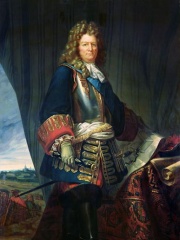 With an HPI of 69.03, Sébastien Le Prestre de Vauban is the 3rd most famous French Engineer.  His biography has been translated into 53 different languages.

Sébastien Le Prestre de Vauban, Seigneur de Vauban, later Marquis de Vauban (baptised 15 May 1633 – 30 March 1707), commonly referred to as Vauban (French: [vobɑ̃]), was a French military engineer who worked under Louis XIV. He is generally considered the greatest engineer of his time, and one of the most important in European military history. His principles for fortifications were widely used for nearly 100 years, while aspects of his offensive tactics remained in use until the mid-twentieth century. He viewed civilian infrastructure as closely connected to military effectiveness and worked on many of France's major ports, as well as projects like the Canal de la Bruche, which remain in use today. He founded the Corps royal des ingénieurs militaires, whose curriculum was based on his publications on engineering design, strategy and training. His economic tract, La Dîme royale, used statistics in support of his arguments, making it a precursor of modern economics. Later destroyed by royal decree, it contained radical proposals for a more even distribution of the tax burden. His application of rational and scientific methods to problem-solving, whether engineering or social, anticipated an approach common in the Age of Enlightenment. Perhaps the most enduring aspect of Vauban's legacy was his view of France as a geographical entity. His advocacy of giving up territory for a more coherent and defensible border was unusual for the period; the boundaries of the French state he proposed in the north and east have changed very little in the four centuries since. 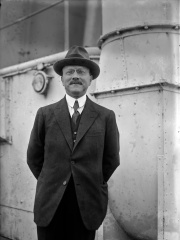 With an HPI of 68.66, André Citroën is the 4th most famous French Engineer.  His biography has been translated into 49 different languages.

André-Gustave Citroën (French: [ɑ̃dʁe ɡystav sitʁɔɛn]; 5 February 1878 – 3 July 1935) was a French industrialist and the founder of French automaker Citroën. He is remembered chiefly for the make of car named after him, but also for his application of double helical gears. 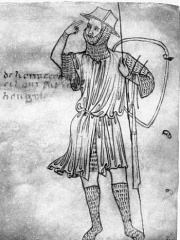 With an HPI of 62.32, Villard de Honnecourt is the 5th most famous French Engineer.  His biography has been translated into 24 different languages.

Villard de Honnecourt (Wilars dehonecort, Vilars de Honecourt) was a 13th-century artist from Picardy in northern France. He is known to history only through a surviving portfolio or "sketchbook" containing about 250 drawings and designs of a wide variety of subjects. 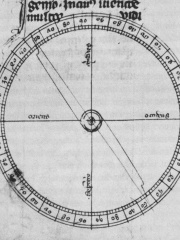 With an HPI of 58.86, Petrus Peregrinus de Maricourt is the 6th most famous French Engineer.  His biography has been translated into 20 different languages.

Petrus Peregrinus de Maricourt (Latin), Pierre Pelerin de Maricourt (French), or Peter Peregrinus of Maricourt (fl. 1269), was a French mathematician, physicist, and writer who conducted experiments on magnetism and wrote the first extant treatise describing the properties of magnets. His work is particularly noted for containing the earliest detailed discussion of freely pivoting compass needles, a fundamental component of the dry compass soon to appear in medieval navigation. He also wrote a treatise on the construction and use of a universal astrolabe. Peregrinus' text on the magnet is entitled in many of the manuscripts of it Epistola Petri Peregrini de Maricourt ad Sygerum de Foucaucourt, militem, de magnete ("Letter of Peter Peregrinus of Maricourt to Sygerus of Foucaucourt, Soldier, on the Magnet") but it is more commonly known by its short title, Epistola de magnete ("Letter on the Magnet"). The letter is addressed to an otherwise unknown Picard countryman named Sygerus (Sigerus, Ysaerus) of Foucaucourt, possibly a friend and neighbor of the author; Foucaucourt borders on the home area of Peregrinus around Maricourt, in the present-day department of the Somme, near Péronne. In only one of the 39 surviving manuscript copies the letter also bears the closing legend Actum in castris in obsidione Luceriæ anno domini 1269º 8º die augusti ("Done in camp during the siege of Lucera, August 8, 1269"), which might indicate that Peregrinus was in the army of Charles, duke of Anjou and king of Sicily, who in 1269 laid siege to the city of Lucera. However, given that only one manuscript attests this, the evidence is weak. There is no indication of why Peter received the sobriquet Peregrinus (or "pilgrim"), but it suggests that he may have been either a pilgrim at one point or a crusader; and the attack on Lucera of 1269 had been sanctioned as a crusade by the Pope. So Petrus Peregrinus may have served in that army. "You must realize, dearest friend," Peregrinus writes, "that while the investigator in this subject must understand nature and not be ignorant of the celestial motions, he must also be very diligent in the use of his own hands, so that through the operation of this stone he may show wonderful effects." 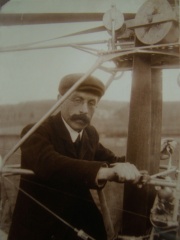 With an HPI of 58.80, Paul Cornu is the 7th most famous French Engineer.  His biography has been translated into 23 different languages. 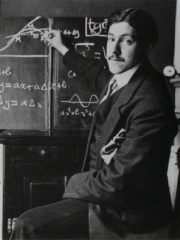 With an HPI of 58.63, Marcel Dassault is the 8th most famous French Engineer.  His biography has been translated into 31 different languages. 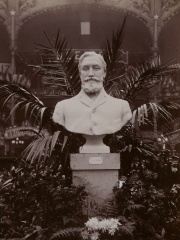 With an HPI of 58.22, Marcel Renault is the 9th most famous French Engineer.  His biography has been translated into 23 different languages.

Marcel Renault (14 May 1872 – 26 May 1903) was a French racing driver and industrialist, co-founder of the carmaker Renault. He was the brother of Louis and Fernand Renault. Renault was born in Paris; he and his brothers jointly founded the Renault company on 25 February 1899. He and Louis raced the cars it built starting the next year. He died in Payré, at the age of 31, of severe injuries he sustained during the Paris-Madrid race. After his death, a statue was built in Renault's memory which later would be destroyed by the German attacks during World War II. 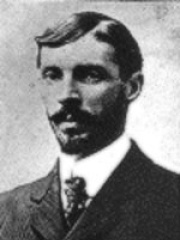 With an HPI of 57.80, Henri Farman is the 10th most famous French Engineer.  His biography has been translated into 28 different languages.

Henri Farman (26 May 1874– 17 July 1958) was a British-French aviator and aircraft designer and manufacturer with his brother Maurice Farman. Before dedicating himself to aviation he gained fame as a sportsman, specifically in cycling and motor racing. Henri took French nationality in 1937.

Pantheon has 57 people classified as engineers born between 1200 and 1978. Of these 57, 3 (5.26%) of them are still alive today. The most famous living engineers include Gérard Larrousse, Louis Pouzin, and Julien Simon-Chautemps. The most famous deceased engineers include Gustave Eiffel, Nicolas Léonard Sadi Carnot, and Sébastien Le Prestre de Vauban. As of April 2022, 9 new engineers have been added to Pantheon including Alexandre Darracq, Pierre-François Bouchard, and Marc René, marquis de Montalembert.

Which Engineers were alive at the same time? This visualization shows the lifespans of the 25 most globally memorable Engineers since 1700.