This page contains a list of the greatest Mexican Athletes. The pantheon dataset contains 3,059 Athletes, 24 of which were born in Mexico. This makes Mexico the birth place of the 40th most number of Athletes behind Lithuania and Nigeria.

The following people are considered by Pantheon to be the top 10 most legendary Mexican Athletes of all time. This list of famous Mexican Athletes is sorted by HPI (Historical Popularity Index), a metric that aggregates information on a biography’s online popularity. Visit the rankings page to view the entire list of Mexican Athletes. 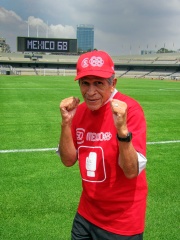 With an HPI of 47.06, Ricardo Delgado is the most famous Mexican Athlete.  His biography has been translated into 17 different languages on wikipedia.

Ricardo Delgado Nogales (born 13 July 1947) is a Mexican former professional boxer who competed from 1968 to 1975. As an amateur, he won a gold medal at the 1968 Summer Olympics in Mexico City in the flyweight division (−51 kg). Delgado turned pro in 1968 and had limited success. After being undefeated in his first ten fights, he lost a decision to Davey Vasquez in 1971, a bout in which Delgado was knocked down once in the 5th and 6th rounds. Delgado's career went downhill after the loss and he retired four years later with a career record of having won 14, lost 12, and drawn 5. 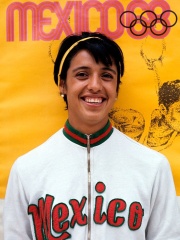 With an HPI of 44.82, Enriqueta Basilio is the 2nd most famous Mexican Athlete.  Her biography has been translated into 15 different languages.

Norma Enriqueta Basilio Sotelo, also known as Queta Basilio (15 July 1948 – 26 October 2019), was a Mexican track and field athlete. She was born in Mexicali, capital of Baja California. She came from an athletic family; her father was a cotton farmer. Her Polish coach, Vladimir Puzio, moved her from high jumping to hurdling. She made history by becoming the first woman to light the Olympic Cauldron. She was the last torch-bearer of the 19th Summer Olympics in Mexico City on 12 October 1968.She was a national athletics champion and record-holder in 80 metres hurdles and finished seventh in this event at the 1967 Pan American Games. At the 1968 Olympics she was eliminated in the heats of the 400 metres, 80 metres hurdles and 4 × 100 metres relay events. In 1970, she took bronze in the Central American Games 4 x 100m relay.She married the basketball player Mario Álvarez, who was later secretary to the Oaxaca state governor. She was widowed with three young children when he died in an aeroplane accident. She studied sociology at the National Autonomous University of Mexico and became a federal deputy for the Institutional Revolutionary Party (PRI) during the LVIII Legislature of the Mexican Congress.She became a permanent member of the Mexico Olympic Committee and was part of the 2004 Olympic torch relay when it was passing through Mexico City. In 2014, she was amongst 6,500 people defrauded of their savings in a money-lending business scam. She died of pneumonia on 26 October 2019, aged 71.On 15 October 2020, the small moon of trojan asteroid 3548 Eurybates was named Queta after her, making her the first Olympic athlete honored in this way. 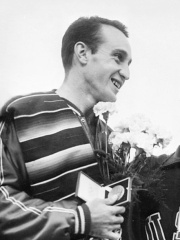 With an HPI of 44.02, Joaquín Capilla is the 3rd most famous Mexican Athlete.  His biography has been translated into 17 different languages.

Joaquín Capilla Pérez (December 23, 1928 – May 8, 2010), was a Mexican diver who won the largest number of Olympic medals among Mexican athletes. Together with his elder brother Alberto he competed in the 3 m springboard and 10 m platform at the 1948, 1952 and 1956 Olympics and won one gold, one silver and two bronze medals, finishing fourth in the two remaining competitions. He also won four medals at the Pan American Games, in 1951 and 1955. After retiring from competitions Capilla descended into poverty, chain smoking and alcoholism, eventually losing his family and home. He recovered owing to religion and later earned a degree in theology. In 2009 he was awarded the National Sports Award. He died the next year as a result of cardiac arrest. 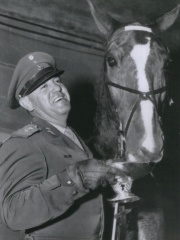 With an HPI of 42.47, Humberto Mariles is the 4th most famous Mexican Athlete.  His biography has been translated into 16 different languages.

Humberto Mariles Cortés (June 13, 1913 – December 7, 1972) was a Mexican equestrian who competed at the 1948, 1952 and 1956 Olympics. He won both individual and team show jumping events in 1948, and placed sixth-ninth in 1956. In 1952 he finished 12th in the individual three-day eventing and won a bronze medal with the team.At the Pan American Games Mariles won a team gold medal in show jumping in 1955. In 1964 he shot a driver who forced his car off the road. He was sentenced to 25 years in prison, but was released by presidential pardon after five years. In 1972 he was arrested in Paris for drug smuggling, and died in prison before the trial.

With an HPI of 40.07, Raúl González is the 5th most famous Mexican Athlete.  His biography has been translated into 18 different languages.

With an HPI of 39.10, Ernesto Canto is the 6th most famous Mexican Athlete.  His biography has been translated into 24 different languages.

Ernesto Canto Gudiño (18 October 1959 – 20 November 2020) was a Mexican race walker who mainly competed in the 20 kilometer walk. He competed for Mexico at the 1984 Summer Olympics held in Los Angeles, United States, where he won the gold medal in the men's 20 kilometer walk event. Canto died in 2020 at the age of 61 from pancreatic and liver cancer. 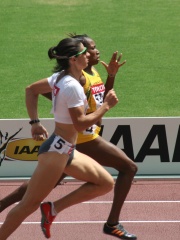 With an HPI of 31.97, Ana Guevara is the 7th most famous Mexican Athlete.  Her biography has been translated into 20 different languages. 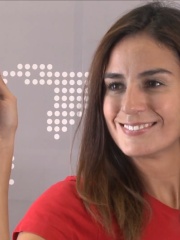 With an HPI of 31.04, Paola Espinosa is the 8th most famous Mexican Athlete.  Her biography has been translated into 20 different languages.

Paola Milagros Espinosa Sánchez (born 31 July 1986) is a Mexican diver and represented Mexico at the 2004 Summer Olympics in Athens, the 2008 Summer Olympics in Beijing, where she was her national team's flagbearer, and the 2012 Summer Olympics in London.In 1987, the Espinosa Sánchez family moved to La Paz from Mexico City with Paola, who was barely nine months old. In Athens in 2004, from speciality platform jumps of 10 meters, she placed in the individual jump and fifth in synchronized jumps. In the synchronized jumps, she participated with Tatiana Ortiz, who was also an Olympic medalist. On August 8, 2008, she was the champion of the Mexico national team at the Opening ceremony of the Beijing 2008 Olympic Games at the National Stadium in Beijing. She won a bronze medal in the Women's Synchronized 10-meter Platform at the 2008 Summer Olympics in Beijing on 12 August 2008 with a score of 330.06. She won silver medal in the same event at the 2012 Summer Olympics with a score of 343.32 on Tuesday, 31 July 2012. Espinosa won the gold medal in the 10-meter platform at the 2009 World Aquatics Championships in Rome with a score of 428.25. The silver medal was won by the Chinese athlete Chen Ruolin, who is also an Olympian, with a score of 417.60. The bronze medal was given to the Chinese athlete Kang Li, who had a score of 410.35.In 2011, she participated at the 2011 Pan American Games where she won the gold medal at the 10-meter platform individual and synchronized events, as well as gold in the 3-meter synchronized springboard event. She has won a total of 13 medals at the Pan American Games, 8 of them gold. On Tuesday, 31 July 2012, in the Olympic Games in London, she won a silver medal in the 10-meter synchronized platform together with Alejandra Orozco, with a score of 343.32. She was also the champion of the Central America and Caribbean Games in Mayaguez 2010.

With an HPI of 29.92, Soraya Jiménez is the 9th most famous Mexican Athlete.  Her biography has been translated into 20 different languages.

Soraya Jiménez Mendivil (a twin sister born 5 August 1977 – 28 March 2013) was a Mexican weightlifter and Olympic champion. She participated at the 2000 Summer Olympics in Sydney where she won a gold medal. Jiménez became the first ever female athlete from Mexico to win an Olympic gold medal.She died at age 35 on 28 March 2013 at her home in Mexico City after suffering a heart attack.

With an HPI of 29.22, Bernardo Segura is the 10th most famous Mexican Athlete.  His biography has been translated into 16 different languages.

Bernardo Segura Rivera (born February 11, 1970 in San Mateo Atenco) is a Mexican race walker. He is the current holder of the 20,000m World Record for Race Walking on a track with a time of 1:17:25.6. In the 2000 Olympic Games, Segura finished first the 20 km walk. However, he was disqualified by the judges while he was being congratulated by then president Ernesto Zedillo.

Pantheon has 24 people classified as athletes born between 1913 and 1997. Of these 24, 18 (75.00%) of them are still alive today. The most famous living athletes include Ricardo Delgado, Raúl González, and Ana Guevara. The most famous deceased athletes include Enriqueta Basilio, Joaquín Capilla, and Humberto Mariles. As of April 2022, 10 new athletes have been added to Pantheon including Ricardo Delgado, Humberto Mariles, and Bernardo Segura.

Which Athletes were alive at the same time? This visualization shows the lifespans of the 6 most globally memorable Athletes since 1700.