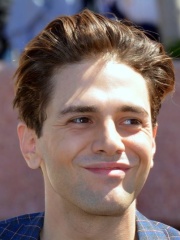 Xavier Dolan-Tadros (French: [ɡzavje dɔlan tadʁɔs]; born 20 March 1989) is a Canadian film director, actor, screenwriter, editor, costume designer, and voice actor. He began his career as a child actor in commercials before directing several arthouse feature films. He first received international acclaim in 2009 for his feature film directorial debut, I Killed My Mother (J'ai tué ma mère), which premiered at the Cannes Film Festival in the Director's Fortnight section. Since 2009, he has written and directed eight feature films, all of which have premiered at Cannes, with the exception of Tom at the Farm—which premiered at the 70th Venice International Film Festival in 2013—and his first English-language film, The Death & Life of John F. Read more on Wikipedia

Since 2007, the English Wikipedia page of Xavier Dolan has received more than 2,157,498 page views. His biography is available in 40 different languages on Wikipedia making him the 3,490th most popular actor.