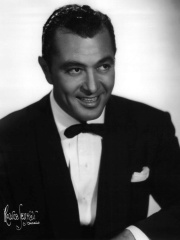 Alvin Morris (December 25, 1913 – July 27, 2012), known professionally as Tony Martin, was an American actor and popular singer. His career spanned over seven decades, and he scored dozens of hits between the late-1930s and mid-1950s with songs such as "Walk Hand in Hand", "Stranger in Paradise" and "I Get Ideas". Read more on Wikipedia

Since 2007, the English Wikipedia page of Tony Martin has received more than 50,644 page views. His biography is available in 18 different languages on Wikipedia making him the 5,099th most popular actor.