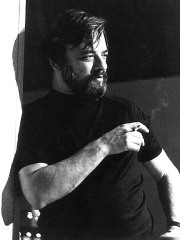 Stephen Joshua Sondheim ( SOND-hym; March 22, 1930 – November 26, 2021) was an American composer and lyricist. One of the most important figures in 20th-century musical theater, Sondheim was praised for having "reinvented the American musical" with shows that tackled "unexpected themes that range far beyond the [genre's] traditional subjects" with "music and lyrics of unprecedented complexity and sophistication". Read more on Wikipedia

New York Times
Stephen Sondheim Tributes Pour In From Stars
Audra McDonald, Bernadette Peters, Andrew Lloyd Webber and others mourned and celebrated the essential composer and lyricist, who died at 91.
Scott Heller and Julia Jacobs
New York Times
Praise for Stephen Sondheim at ‘Company’ and ‘Assassins'
“I would ask you to sit back and luxuriate in his extraordinary words and music,” the director John Doyle said before Friday’s performance of the “Assassins” revival.
Matt Stevens, Sadiba Hasan and Julia Jacobs
BBC News
Composer Stephen Sondheim dies at 91 - US media
The composer and lyricist was a giant of musical theatre with a knack for adapting unlikely subjects.
https://www.facebook.com/bbcnews
New York Times
Stephen Sondheim, Titan of the American Musical, Is Dead at 91
He was the theater’s most revered and influential composer-lyricist of the last half of the 20th century and the driving force behind some of Broadway’s most beloved and celebrated shows.
Bruce Weber