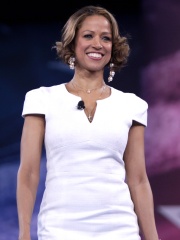 Stacey Lauretta Dash (born January 20, 1966 or 1967) is an American actress and former talk show host. Dash played Dionne Marie Davenport in the 1995 feature film Clueless and its television series of the same name. She has also appeared in the films Moving, Mo' Money, Renaissance Man, and View from the Top. Read more on Wikipedia

Since 2007, the English Wikipedia page of Stacey Dash has received more than 7,328,217 page views. Her biography is available in 18 different languages on Wikipedia making her the 6,847th most popular actor.