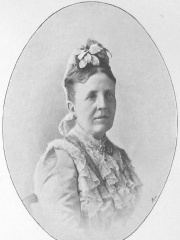 Sophia of Nassau (Sophia Wilhelmine Marianne Henriette; 9 July 1836 – 30 December 1913) was Queen of Sweden and Norway as the wife of King Oscar II. She was Queen of Sweden for 35 years, longer than anyone before her, and the longest-serving queen until 2011, when she was surpassed by Queen Silvia. Read more on Wikipedia

Sophia of Nassau was a German princess who married the King of England, George I. She was born in 1630 in Hesse and died in 1714.

Page views of Sophia of Nassaus by language

Among companions, Sophia of Nassau ranks 132 out of 673. Before her are Maria Luisa of Savoy, Constance, Queen of Sicily, Margaret of Burgundy, Queen of France, Saskia van Uylenburgh, Marie of Anjou, and Inês de Castro. After her are Louise of Sweden, Caroline Augusta of Bavaria, Marie Adélaïde of Savoy, Maria Anna of Neuburg, Catherine of Valois, and Gorgo, Queen of Sparta.

Among people born in 1836, Sophia of Nassau ranks 5. Before her are Ramakrishna, Wilhelm Steinitz, Leopold von Sacher-Masoch, and Léo Delibes. After her are Lawrence Alma-Tadema, Francis II of the Two Sicilies, Marie Henriette of Austria, Henri Fantin-Latour, Sakamoto Ryōma, Ferdinand Cheval, and James Tissot. Among people deceased in 1913, Sophia of Nassau ranks 9. Before her are Alfred Russel Wallace, George I of Greece, J. P. Morgan, Alfred von Schlieffen, Menelik II, and Harriet Tubman. After her are Lesya Ukrainka, Tobias Asser, Tokugawa Yoshinobu, Josephine Cochrane, August Bebel, and Francisco I. Madero.