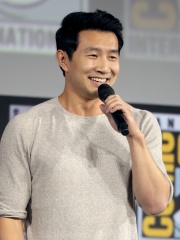 The A.V. Club
Netflix's Bright is back, this time as a period-set anime with Simu Liu
Remember Bright? The 2017 Netflix movie directed by Suicide Squad’s David Ayer that starred Will Smith as a human cop in an alternate-universe Los Angeles full of fantasy creatures likes orcs and fairies? It was the biggest movie in the world for a time, back…
Sam Barsanti
ComingSoon.net
Netflix’s Bright: Samurai Soul Trailer Stars Simu Liu
Netflix has announced an original anime called Bright: Samurai Soul. The new anime film is set in the same universe as the 2016 Netflix film starring Will Smith but takes place in Japan during the end of the Shogunate and the start of the Meiji Period.
Hayes Madsen
Livejournal.com
Simu Liu interview round up
Source 1 2 3 Whoever is dressing him is doing a really good job
hellicoptajuuce
MobileSyrup
‘Bright: Samurai Soul’ starring Simu Liu hits Netflix on October 12
The Canadian star of Marvel's Shang-Chi and the Legend of the Ten Rings stars as a one-eyed samurai who travels with an orc and an elf girl.
Dean Daley