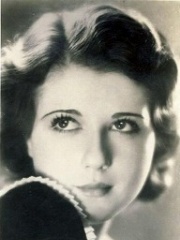 Sidney Fox (born Sarah Liefer; December 10, 1907 – November 15, 1942) was an American stage and film actress in the late 1920s and 1930s. Fox's Hollywood film debut was in Universal Pictures' 1931 production Bad Sister, which is notable for also being the first film of legendary actress Bette Davis. Read more on Wikipedia

Since 2007, the English Wikipedia page of Sidney Fox has received more than 73,166 page views. Her biography is available in 16 different languages on Wikipedia making her the 3,601st most popular actor.