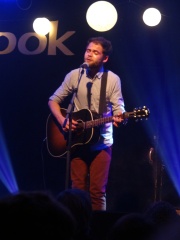 Michael David Rosenberg (born 17 May 1984), better known by his stage name Passenger, is an English singer-songwriter and musician. Previously the main vocalist and songwriter of Passenger, Rosenberg opted to keep the band's name for his solo work after the band dissolved in 2009. In 2012, he released the song "Let Her Go" which topped the charts in 16 countries. Read more on Wikipedia

Page views of Passengers by language

Among musicians, Passenger ranks 1,934 out of 2,675. Before him are Gerald Wilson, Les Claypool, DJ Premier, Duke Pearson, Maxim Fadeev, and Mike Campbell. After him are Yoann Lemoine, Hevia, Marian McPartland, Bob Weir, Cristina Branco, and Mirwais.