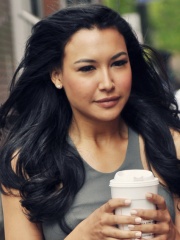 Naya Marie Rivera (; January 12, 1987 – July 8, 2020) was an American actress, singer, and model. She began her career as a child actress and model, appearing in national television commercials before landing the role of Hillary Winston on the short-lived CBS sitcom The Royal Family (1991–1992) at the age of four and earning a nomination for a Young Artist Award at five. After a series of recurring television roles and guest spots as a teenager, Rivera got her breakthrough role in 2009 as lesbian cheerleader Santana Lopez on the Fox television series Glee (2009–2015). Read more on Wikipedia

Since 2007, the English Wikipedia page of Naya Rivera has received more than 12,563,242 page views. Her biography is available in 33 different languages on Wikipedia making her the 5,617th most popular actor.