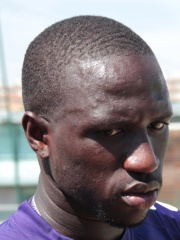 Moussa Sissoko (born 16 August 1989) is a French professional footballer who plays for Tottenham Hotspur and the French national team. He plays as a box-to-box midfielder in the centre of the pitch, and is capable of playing in either a holding midfield role, or even as an attacking midfielder, right winger or right back. Sissoko began his football career playing for local youth clubs in the Île-de-France region, such as Espérance Aulnay and AS Red Star 93. Read more on Wikipedia

Since 2007, the English Wikipedia page of Moussa Sissoko has received more than 1,894,755 page views. His biography is available in 46 different languages on Wikipedia making him the 1,422nd most popular soccer player.