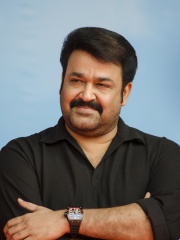 Mohanlal Viswanathan (born 21 May 1960), known mononymously as Mohanlal, is an Indian actor, producer, playback singer, and distributor, who predominantly works in Malayalam cinema. He has had a prolific career spanning over four decades, during which he has acted in more than 340 films. In addition to Malayalam, he has also appeared in other regional Indian films.Mohanlal made his acting debut as a teenager in the Malayalam film Thiranottam in 1978, but the film was delayed in its release for 25 years due to censorship issues. Read more on Wikipedia

Since 2007, the English Wikipedia page of Mohanlal has received more than 5,957,861 page views. His biography is available in 15 different languages on Wikipedia making him the 7,481st most popular actor.

Page views of Mohanlals by language