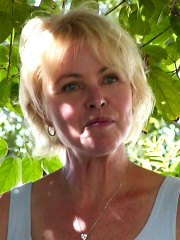 Michelle Phillips (born Holly Michelle Gilliam; June 4, 1944) is an American singer, songwriter, actress, and former model. She rose to fame as a vocalist in the musical quartet the Mamas and the Papas in the mid-1960s. Phillips garnered critical acclaim for her voice, which was deemed by Time magazine as the "purest soprano in pop music." She later established a successful career as an actress in film and television in the 1970s. Read more on Wikipedia

Since 2007, the English Wikipedia page of Michelle Phillips has received more than 4,297,859 page views. Her biography is available in 28 different languages on Wikipedia making her the 1,157th most popular actor.