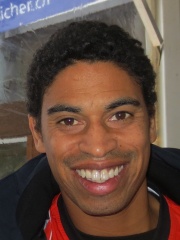 Michael John Reiziger (Dutch pronunciation: [ˈmɑikəl ˈɟɔn ˈrɛizəɣər], born 3 May 1973) is a Dutch former professional footballer who played mainly as a right back, currently the assistant manager of AFC Ajax. After making a name for himself at Ajax, with whom he won one Champions League, he went on to represent four teams in as many countries, notably Barcelona, for which he played 249 official games in seven years, as well as spells at Milan, Middlesbrough and PSV Eindhoven. Reiziger represented the Dutch national team for a full decade, competing at three European Championships and the 1998 World Cup and finishing fourth in the latter tournament. Read more on Wikipedia