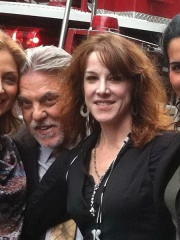 Bruce Travis McGill (born July 11, 1950) is an American actor. He is perhaps best known for his work with director Michael Mann in the movies The Insider (1999), Ali (2001), and Collateral (2004). McGill's other notable film roles include Daniel Simpson "D-Day" Day in John Landis' Animal House, Com. Read more on Wikipedia

Since 2007, the English Wikipedia page of Bruce McGill has received more than 1,817,221 page views. His biography is available in 22 different languages on Wikipedia making him the 2,565th most popular actor.