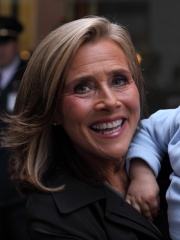 Meredith Louise Vieira (born December 30, 1953) is an American broadcast journalist and television personality. She is best known as the original moderator of the daytime talk show The View (1997–2006), the original host of the syndicated daytime version of the game show Who Wants to Be a Millionaire (2002–2013), and as co-host of the NBC morning news program Today (2006–2011). Read more on Wikipedia

Since 2007, the English Wikipedia page of Meredith Vieira has received more than 1,649,013 page views. Her biography is available in 15 different languages on Wikipedia making her the 84th most popular presenter.