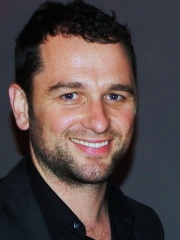 Matthew Rhys Evans (born 4 November 1974; ) is a Welsh actor. He is known for playing Kevin Walker in Brothers & Sisters (2006–2011) and Philip Jennings in The Americans (2013–2018), for which he received two Golden Globe Award nominations and a Primetime Emmy Award. In film, he appeared as Dylan Thomas in the film The Edge of Love (2008) and as Daniel Ellsberg in the film The Post (2017) and starred in A Beautiful Day in the Neighborhood (2019). Read more on Wikipedia

Since 2007, the English Wikipedia page of Matthew Rhys has received more than 7,273,638 page views. His biography is available in 26 different languages on Wikipedia making him the 5,720th most popular actor.