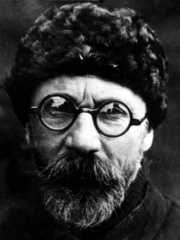 Leonid Alekseyevich Kulik (Russian: Леонид Алексеевич Кулик; 19 August 1883 – 14 or 24 April 1942) was a Russian mineralogist who is noted for his research into meteorites. He was born in Dorpat, (now Tartu, Tartu County, Estonia), and was educated at the Imperial Forestry Institute in Saint Petersburg and the Kazan University. He served in the Russian military during the Russo-Japanese War, then spent some time in jail for revolutionary political activities. Read more on Wikipedia

Since 2007, the English Wikipedia page of Leonid Kulik has received more than 31,861 page views. His biography is available in 20 different languages on Wikipedia making him the 259th most popular physician.