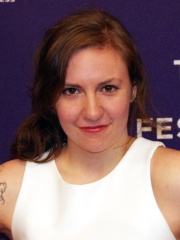 Lena Dunham (; born May 13, 1986) is an American actress, writer, director, and producer. She is known as the creator, writer, and star of the HBO television series Girls (2012–2017), for which she received several Emmy Award nominations and two Golden Globe Awards. Dunham also directed several episodes of Girls and became the first woman to win the Directors Guild of America Award for Outstanding Directing – Comedy Series. Read more on Wikipedia

Since 2007, the English Wikipedia page of Lena Dunham has received more than 8,868,794 page views. Her biography is available in 37 different languages on Wikipedia making her the 6,623rd most popular actor.