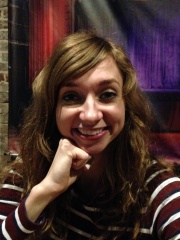 Dorthea Lauren Allegra Lapkus (born September 6, 1985) is an American actress, voice actress, comedian and impressionist known for portraying Susan Fischer in the Netflix original series Orange Is the New Black and Jess in the HBO series Crashing. She has also made appearances on such television shows as Jimmy Kimmel Live!, The Middle, Hot in Cleveland, The Big Bang Theory, and @midnight and films such as Jurassic World. Read more on Wikipedia

Since 2007, the English Wikipedia page of Lauren Lapkus has received more than 3,186,751 page views. Her biography is available in 16 different languages on Wikipedia making her the 7,770th most popular actor.