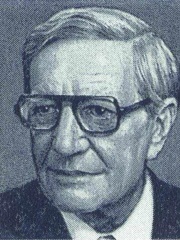 Harold Adrian Russell "Kim" Philby (1 January 1912 – 11 May 1988) was a British intelligence officer and a double agent for the Soviet Union. In 1963 he was revealed to be a member of the Cambridge Five, a spy ring which had divulged British secrets to the Soviets during World War II and in the early stages of the Cold War. Of the five, Philby is believed to have been most successful in providing secret information to the Soviets.Born in British India, Philby was educated at Westminster School and Trinity College, Cambridge. Read more on Wikipedia

Since 2007, the English Wikipedia page of Kim Philby has received more than 3,861,746 page views. His biography is available in 41 different languages on Wikipedia. Kim Philby is the 218th most popular military personnel (up from 363rd in 2019), the 62nd most popular biography from India (up from 96th in 2019) and the most popular Indian Military Personnel.

Kim Philby was a British intelligence officer who was a member of the Cambridge Five spy ring. He was a double agent for the Soviet Union and is most famous for his espionage work.

Among MILITARY PERSONNELS In India