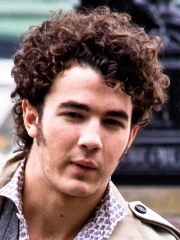 Paul Kevin Jonas II (born November 5, 1987) is an American musician, singer, songwriter, actor, contractor, dancer, and entrepreneur. He rose to fame as a member of the pop rock band, Jonas Brothers, alongside his younger brothers Joe and Nick. The group released their debut studio album It's About Time through the Columbia label in 2006, which failed to achieve commercial success. Read more on Wikipedia

Since 2007, the English Wikipedia page of Kevin Jonas has received more than 7,805,446 page views. His biography is available in 42 different languages on Wikipedia making him the 1,506th most popular musician.