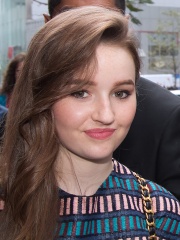 Kaitlyn Rochelle Dever ( DEE-ver; born December 21, 1996) is an American actress and singer-songwriter. She first gained recognition for her roles in the FX crime drama series Justified (2011–2015), the ABC/Fox sitcom Last Man Standing (2011–present), and the Netflix docudrama miniseries Unbelievable (2019), the latter of which earned her a Golden Globe Award nomination for Best Actress – Miniseries. Dever took on supporting parts in various films, such as Bad Teacher (2011), The Spectacular Now (2013), Short Term 12 (2013), Detroit (2017), and Beautiful Boy (2018). Read more on Wikipedia

Since 2007, the English Wikipedia page of Kaitlyn Dever has received more than 5,285,644 page views. Her biography is available in 20 different languages on Wikipedia making her the 8,686th most popular actor.