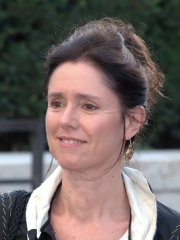 Julie Taymor (born December 15, 1952) is an American director and writer of theater, opera and film. Since her stage adaptation of The Lion King debuted in 1997, 24 global productions have been seen by more than 90 million people in over 100 cities in 19 countries, earning it the highest worldwide gross of any entertainment title in box office history. Lion King also received 11 Tony Award nominations, earning Taymor Tony Awards for Best Director and Costume Designer, and was honored with more than 70 major arts awards worldwide. Read more on Wikipedia

Since 2007, the English Wikipedia page of Julie Taymor has received more than 632,475 page views. Her biography is available in 21 different languages on Wikipedia making her the 1,015th most popular film director.