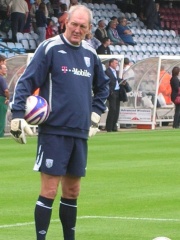 Joseph Thomas Corrigan (born 18 November 1948) is a former football goalkeeper who played in the Football League for Manchester City, Brighton & Hove Albion, Norwich City and Stoke City as well as the England national team. Corrigan began his career at Manchester City making his professional debut in 1967. In the 1969–70 season, he established himself as the first choice 'keeper at Maine Road, taking over from the ageing Harry Dowd. Read more on Wikipedia

Since 2007, the English Wikipedia page of Joe Corrigan has received more than 148,242 page views. His biography is available in 15 different languages on Wikipedia making him the 5,390th most popular soccer player.