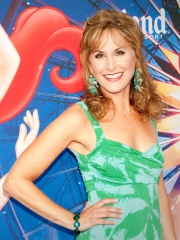 Jodi Marie Benson (née Marzorati; born October 10, 1961) is an American actress, voice actress and singer. She is best known for providing both the speaking and the singing voice of Disney's Princess Ariel in The Little Mermaid and its sequel, prequel, and television series spinoff. Benson voiced the character Barbie in the 1999 Golden Globe-winning movie Toy Story 2 and its 2010 Academy Award-winning sequel Toy Story 3. Read more on Wikipedia

Since 2007, the English Wikipedia page of Jodi Benson has received more than 2,022,458 page views. Her biography is available in 25 different languages on Wikipedia making her the 5,890th most popular actor.