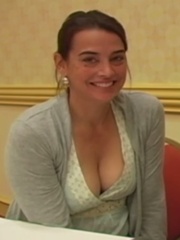 Jennifer Collene Rubin is an American actress, former model and currently working as a writer/producer/director. A competitive swimmer during her youth, Rubin was discovered by the Ford Modeling Agency and went on to model for Calvin Klein and became Ford International Model of the Year in 1984. She made her film debut as Taryn White in the 1987 horror film A Nightmare on Elm Street 3: Dream Warriors and has since starred in a variety of films including Andrew Fleming's Bad Dreams (1988), Marisa Silver's Permanent Record (1988), Oliver Stone's The Doors (1991), Alan Shapiro's The Crush (1993), Louis Venosta's The Coriolis Effect (1994), Christian Duguay's Screamers (1995), and the 2001 Dogme 95 inspired film Reunion. Read more on Wikipedia