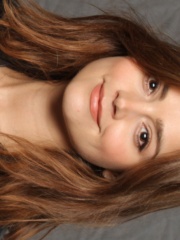 Jenna-Louise Coleman (born 27 April 1986), credited since 2013 as Jenna Coleman, is an English actress. She is known for her roles as Jasmine Thomas in the ITV soap opera Emmerdale, Clara Oswald in the BBC science fiction series Doctor Who, Queen Victoria in the ITV period drama Victoria and Joanna Lindsay in the BBC miniseries The Cry. Coleman was born in Blackpool, Lancashire, England, and began her acting career at an early age as a member of a theatre company called In Yer Space. Read more on Wikipedia

Since 2007, the English Wikipedia page of Jenna Coleman has received more than 8,163,585 page views. Her biography is available in 32 different languages on Wikipedia making her the 6,386th most popular actor.