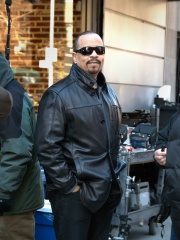 Tracy Lauren Marrow (born February 16, 1958), better known by his stage name Ice-T, is an American rapper, songwriter, actor, and producer. He began his career as an underground rapper in the 1980s and was signed to Sire Records in 1987, when he released his debut album Rhyme Pays. The following year, he founded the record label Rhyme $yndicate Records (named after his collective of fellow hip-hop artists called the "Rhyme $yndicate") and released another album, Power, which would go platinum. Read more on Wikipedia

Ice-T is most famous for his role as Detective Odafin "Fin" Tutuola on the TV show Law & Order: Special Victims Unit.

Page views of Ice-TS by language