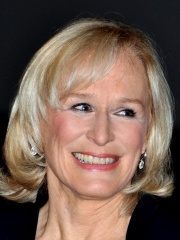 Glenn Close (born March 19, 1947) is an American actress and producer. "Long considered one of the great actresses of our time", according to Vanity Fair Magazine, she is the recipient of numerous accolades, including three Primetime Emmy Awards, three Tony Awards, and three Golden Globe Awards. Additionally, she is a seven-time Academy Award nominee, having the record for the most nominations without a win for an actress. Read more on Wikipedia

Since 2007, the English Wikipedia page of Glenn Close has received more than 7,139,645 page views. Her biography is available in 65 different languages on Wikipedia making her the 224th most popular actor.