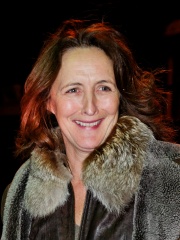 Fiona Shaw (born Fiona Mary Wilson; 10 July 1958) is an Irish actress and theatre and opera director. She is known for her role as Petunia Dursley in the Harry Potter film series (2001–10), as Marnie Stonebrook in season four of the HBO series True Blood (2011), and as Carolyn Martens in the BBC series Killing Eve (2018–present), for which she won the 2019 BAFTA TV Award for Best Supporting Actress. For her performances in the second seasons of Killing Eve and the comedy-drama Fleabag, Shaw received Primetime Emmy Award nominations for Outstanding Supporting Actress in a Drama Series and Outstanding Guest Actress in a Comedy Series respectively. Read more on Wikipedia

Since 2007, the English Wikipedia page of Fiona Shaw has received more than 3,023,091 page views. Her biography is available in 31 different languages on Wikipedia making her the 3,283rd most popular actor.