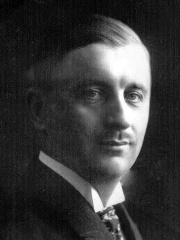 Ferenc Münnich (Hungarian: [ˈfɛrɛnt͡s ˈmynnih]; 18 November 1886 – 29 November 1967) was a Hungarian Communist politician who served as Chairman of the Council of Ministers of the People's Republic of Hungary from 1958 to 1961. He served in the Austro-Hungarian Army in World War I, and fought in the Eastern front. He was captured in 1915, then deported to a lager in Tomsk, Siberia. Read more on Wikipedia

Since 2007, the English Wikipedia page of Ferenc Münnich has received more than 25,820 page views. His biography is available in 24 different languages on Wikipedia making him the 8,331st most popular politician.

Among politicians, Ferenc Münnich ranks 8,287 out of 14,801. Before him are Theodore Svetoslav of Bulgaria, Sen Katayama, Lucius Scribonius Libo, Mithridates V of Parthia, Manuel Oribe, and Luigi Luzzatti. After him are Theobald I, Count of Blois, Duncan II of Scotland, Bernardino Drovetti, Léon Delacroix, John George II, Prince of Anhalt-Dessau, and Ramon Berenguer IV, Count of Provence.