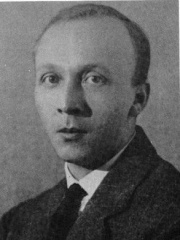 Erhard Heiden (23 February 1901 – 1933) was an early member of the Nazi Party and the third commander of the Schutzstaffel (SS), the paramilitary wing of the Sturmabteilung ("Storm Detachment; SA"). He was appointed head of the SS, an elite subsection of the SA in 1927. At that time the SS numbered less than a thousand men and Heiden found it difficult to cope under the much larger SA. Heiden was not a success in the post, and SS membership dropped significantly under his leadership. Read more on Wikipedia

Since 2007, the English Wikipedia page of Erhard Heiden has received more than 242,877 page views. His biography is available in 19 different languages on Wikipedia making him the 3,465th most popular politician.

Among politicians, Erhard Heiden ranks 3,443 out of 14,801. Before him are Archduchess Maria Anna of Austria, Philetaerus, Lütfi Pasha, Mus‘ab ibn 'Umair, Emperor Kinmei, and Cayetana Fitz-James Stuart, 18th Duchess of Alba. After him are Wittiza, Vasily Blokhin, Prince Jean, Duke of Guise, Malcolm IV of Scotland, Henry VI, Count of Luxembourg, and Sverker II of Sweden.