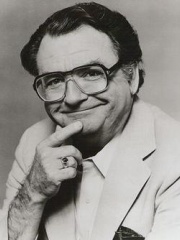 Donald Earle Messick (September 7, 1926 – October 24, 1997) was an American voice actor, best known for his performances in Hanna-Barbera cartoons.His best-remembered vocal creations include Scooby-Doo, Bamm-Bamm Rubble and Hoppy in The Flintstones, Astro in The Jetsons, Muttley in Wacky Races and Dastardly and Muttley in Their Flying Machines, Boo-Boo Bear and Ranger Smith in The Yogi Bear Show, Sebastian the Cat in Josie and the Pussycats; Gears, Ratchet, and Scavenger in The Transformers, Papa Smurf and Azrael in The Smurfs, Hamton J. Pig in Tiny Toon Adventures, and Dr. Read more on Wikipedia

Since 2007, the English Wikipedia page of Don Messick has received more than 927,697 page views. His biography is available in 18 different languages on Wikipedia making him the 5,536th most popular actor.