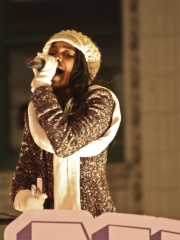 China Anne McClain (born August 25, 1998) is an American actress and singer. McClain's career began when she was seven years old, portraying Alexis in the film The Gospel (2005), and then China James in Daddy's Little Girls (2007). She then received recognition for starring as Jazmine Payne in the television series Tyler Perry's House of Payne (2007–2012; 2020–present) and as Charlotte McKenzie in the film Grown Ups (2010); and became internationally known for starring as Chyna Parks in the Disney Channel television series A.N.T. Farm (2011–2014), and as Uma in the Disney Channel films Descendants 2 (2017) and Descendants 3 (2019). Read more on Wikipedia