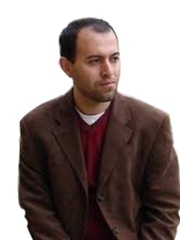 Caucher Birkar (Kurdish: کۆچەر بیرکار/Koçer Bîrkar‎, lit. 'migrant mathematician'; born Fereydoun Derakhshani (Persian: فریدون درخشانی‎); July 1978) is a China-based Kurdish mathematician and a professor at Tsinghua University and University of Cambridge.Birkar is an important contributor to modern birational geometry. In 2010 he received the Leverhulme Prize in mathematics and statistics for his contributions to algebraic geometry, and in 2016, the AMS Moore Prize for the article "Existence of minimal models for varieties of log general type", Journal of the AMS (2010) (joint with P. Cascini, C. Hacon and J. McKernan). He was awarded the Fields Medal in 2018, "for his proof of boundedness of Fano varieties and contributions to the minimal model program". Read more on Wikipedia

Among MATHEMATICIANS In Iran