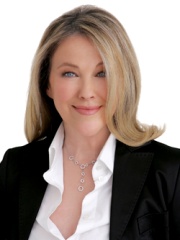 Catherine Anne O'Hara (born March 4, 1954) is a Canadian-American actress, comedian, and screenwriter. She is the recipient of several accolades, including a Genie Award, two Primetime Emmy Awards, and five Canadian Screen Awards. She was appointed an Officer of the Order of Canada in 2018 and was honored with the Governor General's Performing Arts Lifetime Artistic Achievement Award in 2020.O'Hara first drew notice as an actress in 1974 as a member of The Second City improvisational comedy troupe in Toronto. Read more on Wikipedia

Since 2007, the English Wikipedia page of Catherine O'Hara has received more than 8,485,213 page views. Her biography is available in 31 different languages on Wikipedia making her the 3,037th most popular actor.