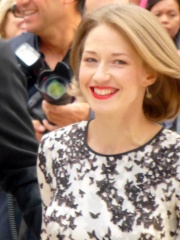 Carrie Alexandra Coon (born January 24, 1981) is an American actress. In television, she is known for her starring roles as grieving mother Nora Durst in the HBO mystery drama series The Leftovers (2014–2017) and as Gloria Burgle in the third season of the FX anthology series Fargo (2017). She won the TCA Award for Individual Achievement in Drama for both performances and was nominated for the Primetime Emmy Award for Outstanding Lead Actress in a Limited Series or Movie for Fargo. Read more on Wikipedia

Since 2007, the English Wikipedia page of Carrie Coon has received more than 4,481,703 page views. Her biography is available in 23 different languages on Wikipedia making her the 6,511th most popular actor.